I Walked Through The Fields Of Genocide 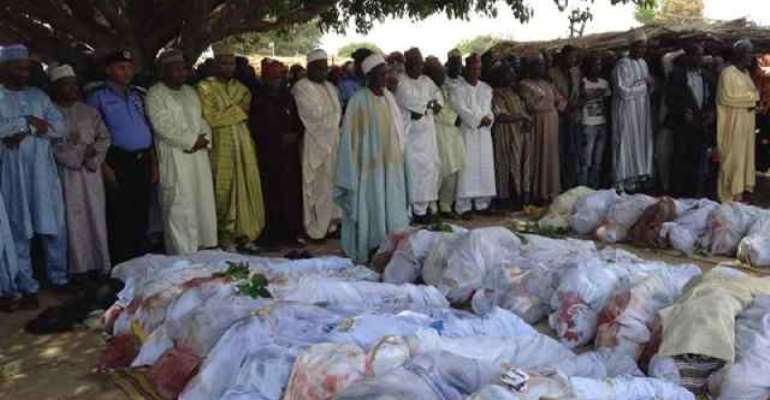 I Walked Through the Fields of Genocide

It's not what you think.

It's not the bodies of the living and the dead clearly separated.

It's the living and dead, not nearly demarcated.

The living were among the dead and the dead, among the living.

The living were dead and the dead as they had just been living.

Bodies were not pettily strewn, piled up in pleasant bunches;

They lay as it had happened. Some were found and some, not yet.

In the death fields, limbs were beside the wrong bodies and bodies lay on top of wrong limbs.

And as noses bled and clogged with blood and sand, noses walked between, unbothered by the smells, searching for loved ones.

This is what I saw.

Children tucked themselves in the embraces of dead;

And dead children were embraced by the living.

Bodies fell apart in the embrace of their bereaved.

I walked through the fields of genocide.

It was not quiet as you think.

Sounds were heard of the dying living and the living dying.

The wailing of the living mixed with the crying of the dead.

The sounds of pain could not be differentiated.

There was a sound here I had never heard before.

It was a dead sound that came from my inside.

Dead I walked through the fields of death.

Dead eyes of the dead and living stared at me.

Dead lips of the living and dead, asked the same questions - why?

Why were those who did this, dead?

Why were those who could stop this, dead?

I walked through the bazaars, streets and government offices far off from the fields of genocide.

I found they had the same smell, the same sight, and the same sounds as the fields of the dead.

I recognized many dead - those who were quiet were dead; those who did nothing were dead;

And those in authority were dead bloating carcasses.

We are the smelling dead. It is our coffins that restrain us. These are our fields.