Press Release: A Blessed Month is Coming Over Us 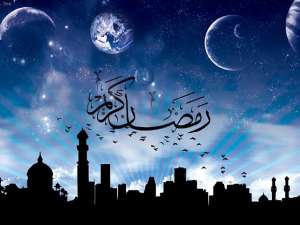 In the name of Allah, the Beneficent, the Merciful

O you who believe! Observing al-sawm (the fasting) is prescribed for you as it was prescribed for those before you, that you may become al-muttaqoon (the pious).
Qur'an al-Baqarah, 2:183.

Alhamdulilahi, the blessed month of Ramadan is here again. We are thankful to Allah for granting us the life and faith to witness this month and MPAC congratulates all Muslims for witnessing a month which Prophet Muhammad (peace and blessings be upon him) described as the most blessed month of the year. It's the best season for offering good deeds and gaining rewards. It is the month of reciting the Qur'an, fasting, saying dhikr (remembrance of Allah), performing i`tikaf (spiritual retreat in the mosque), and visiting Muslims. During this month, more than 1.7 billion Muslims worldwide will practice compassion, restraint and generosity as a reflection of their commitment to God and in fulfillment of the commandment of fasting, one of the five pillars of Islam. We pray that Allah make this month for us all a month that is filled with piety, forgiveness and blessings, amin.

The Prophet (peace and blessings be upon him) addressed his Companions on the last day of Sha'ban, saying: "Oh people! A great month has come over you; a blessed month; a month in which is a night better than a thousand months; a month in which Allah has made it compulsory upon you to fast by day, and voluntary to pray at night. Whoever draws nearer to Allah by performing any of the optional good deeds in this month shall receive the same reward as performing an obligatory deed at any other time, and whoever discharges an obligatory deed in this month shall receive the reward of performing seventy obligations at any other time. It is the month of patience, and the reward of patience is Heaven. It is the month of charity, and a month in which a believer's sustenance is increased. Whoever gives food to a fasting person to break his fast, shall have his sins forgiven, and he will be saved from the Fire of Hell, and he shall have the same reward as the fasting person, without his reward being diminished at all."

Fasting is called sawm in the Qur'an. The word sawm literally means "to abstain". In Surat Maryam, Allah tells that Mary the mother of Jesus Christ (Peace be upon him) said (“I have vowed a fast (sawm) for the sake of the Merciful, so today I shall not speak to anyone.”) (Maryam 19:26) The meaning is “I have vowed to abstain from speaking to anyone today.” According to Shari 'ah, the word sawm means to abstain from all those things that are forbidden during fasting from the break of dawn to the sunset, and to do this with the intention of fasting.

According to Imam Al-Ghazali (d. 1111 C.E.), fasting produces a semblance of divine quality of samadiyyah (freedom from want) in a human being. Imam Ibn Al-Qayyim (d. 1350 C.E.), viewed fasting as a means of releasing the human spirit from the clutches of desire, thus allowing moderation to prevail in the carnal self. Imam Shah Waliullah Dahlawi (d. 1762 C.E.) viewed fasting as a means of weakening the bestial and reinforcing the angelic elements in human beings. Maulana Mawdudi (d. 1979 C.E.) emphasized that fasting for a full month every year trains a person individually, and the Muslim community as a whole, in piety and self restraint.

MPAC therefore calls on individual Muslims to show greater restrain and generosity, to Muslims and non-Muslims, during this blessed month. During Ramadan, Muslims have a unique opportunity to channel the charitable spirit of Ramadan into giving back to their local communities through acts of service and compassion. Today, we remember our kidnapped girls and urge all Muslims and especially our Imams to recite Al Qunut (special suplications) throughout the month of Ramadan, to remember their families, friends and loved ones of all those who have been kidnapped, murdered or affected in any way by all acts of terrorism, aggression, oppression and persecutions.

Ramadan marks the revelation of the first verses of the Quran more than 1,400 years ago, and as such we urge all to imbible the sublime virtues which teh Quran calls to in all their affairs. We pray God blesses us all with an increased spirituality, a renewed hope in humanity and an unwavering commitment to justice and truth, amin.