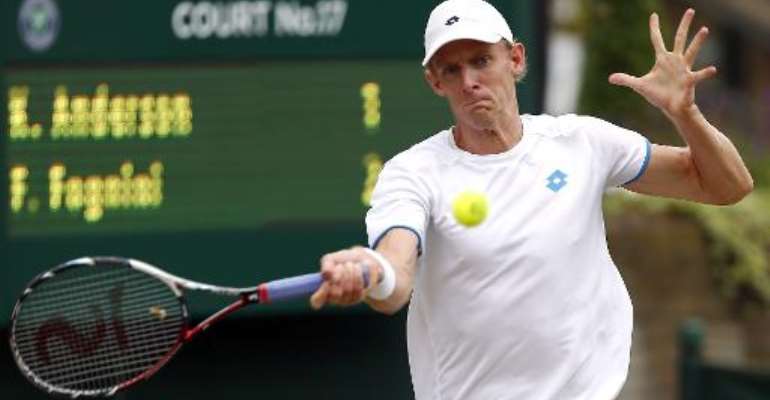 Anderson fought back from two sets to one down to emulate Wayne Ferreira's run to the last 16 in 2000 and in the process secured only his second win over a top 20 seed in a Grand Slam.

The 28-year-old, seeded 20th, will play defending champion Andy Murray or Spanish 27th seed Roberto Bautista Agut for a place in the quarter-finals.

Anderson last year became the first South African man since Ferreira in 2004 to reach the Wimbledon third round and the world number 18 has now gone one better to equal his best ever performance at the Grand Slams after also reaching the last 16 at the French and Australian Opens.

Kevin Curren holds the record for best performance by a South African man at Wimbledon, reaching the semi-finals in 1983.

Curren later finished as Wimbledon runner-up in 1985 while representing the United States.