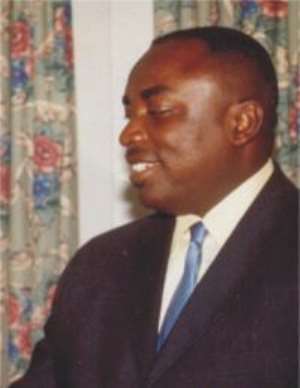 When Kwabena Agyapong appeared on Joy FMs Super Morning Show on Tuesday Morning, he craftily decided not to comment on whether the new executives met empty coffers and the issue of the party pick-ups, a move which only served to give the stories carried in NDC newspapers like the Herald and Palaver, credence.

The honesty deficit in this approach however lies in the fact that at NEC, Boakye Agyarko, 2012 Campaign Manager and Ato Williams, who was in charge on logistics in the campaign, gave him and other NEC members, a comprehensive report with signatures of all the pick-ups, motor bikes and all logistics distributed in 2012. Indeed the second Vice Chairman, Sammy Crabbe confirmed on an NPP platform that the executives were very satisfied with the accounts and report given by the two and denied the stories about the missing pick-ups; so why could Kwabena Agyapong not do same? Is it because he wants the rumors which are suspected to have emanated from his quarters to thrive even though the facts don't support it?

In 2010, when Jake Obetsebi-Lamptey and Sir John took over the party, they inherited a broke party which was in debt as Mr. Peter Mac Manu's administration was forced to borrow to support the 2008 campaign even though the party was in government. Jake and Sir John did not go round wailing about the broke party and leaking stories to NDC newspapers? They tackled the challenge head on and raised funds to conduct a Presidential Primary in 4 months. So why must it be different this time?

Kwabena Agyapong served in government. He is close to Mr. Kwadwo Mpiani for example. Mr. Paul Afoko was at the Presidency and very powerful at that. Maybe they can tell us what the party in government built for which the party can survive on in opposition. Absolutely nothing! A party that came into office for eight years could not even get Regional offices on its own and had to depend on renting offices in most of the regions while for other regions, there are no recognized offices. So na who cause am if the party is broke?

If anything, all the NPP built in government were private accounts of individuals who only resurface when there is time to fill vacancies. And that is the only time you realize that these persons have the monies to support the party if they want to.

So yes, sweet talk will not do it. Kwabena Agyapong's actions must truly demonstrate his commitment to peace and unity in the party. This attitude of preaching virtue but practicing vice is exactly what is causing the numerous scuffles in the party. The hypocrisy must stop and it must be immediate if indeed they are committed to what they say. Unless it is politics as usual.

Since arriving, Kwabena Agyapong in every interview of his has been quick to condemn the 10 Regional Chairmen for holding a Press conference to call for an early congress. He has even vowed to bring them to order, as if the Regional Chairmen are some kids who do not know their left from right. Surprisingly and to clearly expose the hypocrisy however, Kwabena Agyapong has not found it prudent to condemn the man who took the party to court when he had not exhausted the party channels. Not even once. Is it because he is ok and in support of that action?

Kwabena Agyapong should ask himself why the regional chairmen will be pushed to the brink of organizing a press conference to openly call for an early congress. There have been three meetings - two NEC meetings and one National Council meeting which have attempted to fix a date for the Congress without success. It has failed to set a date because Kwabena Agyapong and Afoko always lose the arguments but fail to put the motions to a vote as is expected because they know it won't go in their favor. Why should the party only work when it goes in the way of Kwabena Agyapong, Afoko and Kwadwo Mpiani?

Therefore, the problem is not the cause of any group as Kwabena has been suggesting, it is their leadership style and posturing which has led the party to where it is. How come that they, Afoko and Agyapong, have problems with their steering committee, have problems with regional chairmen, Minority leadership, NEC, National Council, Directors, Staff and now Security persons? How can all these people be at fault and only Afoko and Kwabena Agyapong be right? There is a saying that if one man has issues with several people then the problem is the man and not the people; that is the perfect scenario in play here.

It is this same leadership style and posturing that led to the near bloody clash at the head office on Monday. Even assuming you are so right about changing the security, do you not do it with some finesse and decency? What crime have these boys committed to you so that you don't find it even prudent to talk to them and explain to them why you are having them changed? They just come to work and are told they cannot enter because they have been sacked. Is this the way Kwabena Agyapong is going to manage the party for power in 2016?

Or does Kwabena want to suggest that his aides have so much power they can act without his knowledge?

Again, if he says he is not aware of the new security guards who were sent to the head office, how come he is not as angry as he was when a group of youth organizers used the Greater Accra Regional office for a Press conference supporting Nana Akufo-Addo without his permission? How come he is not threatening to discipline and sack people as he did in that instance? Another clear and unambiguous case of double standards, which can only lead us to very safe conclusions.

On the date of the Congress, the information I have here in Tamale from those present at the last Council meeting is that when Kwabena Agyapong stated that he was going to put December 6th as the tentative date, Hackman Owusu Agyemang challenged it since the date had not been agreed on, yet he proceeded to issue a statement with a date in it. Why is Kwabena bent on getting it his way and lying to cover it?

For there to be peace in the party, Kwabena Agyapong must make his actions consistent with his words. Saying one thing and doing the opposite is a sure recipe to chaos. He should recognize that the party is a democratic party and his powers which he doesn't fail to remind us of must be exercised within the rules. Those whose bidding he is seeking to do simply don't have the numbers and buga buga will not do the trick.

Playing victim will also not solve the situation. If anything, this crisis the party finds itself in, is self inflicted by Kwabena Agyapong and Paul Afoko both directly and indirectly. Kwabena Agyapong is therefore a cause of the confusion but not a victim of it and it is high time he accepts the responsibility.

The Minority Leader, Osei Kyei Mensah Bonsu, was right to point to Afoko and Kwabena Agyapong at a recent NEC meeting that they were working hard to create a crisis only to spend time and energy to deal with the crisis they had needlessly created and that is just what is happening.