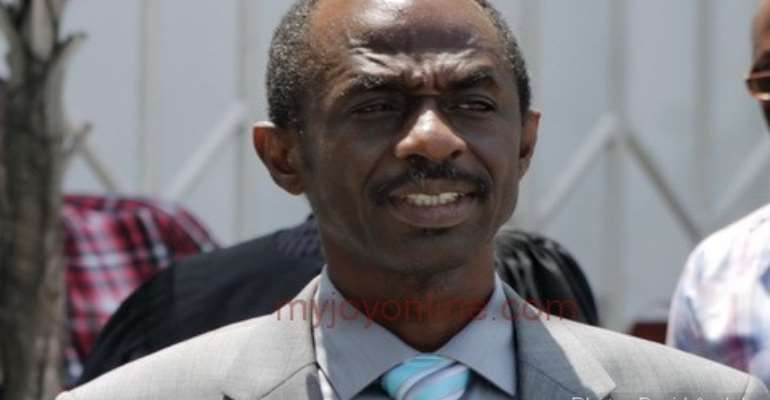 NDC General Secretary, Johnson Asiedu Nketia, told Joy News on Tuesday he is not surprised at the current internal wrangling raging in the NPP.

“You remember when the first coup d'état happened, when Osagyefo Dr Nkrumah was overthrown, they (NPP) painted every person in the CPP [Nkrumah's party] with the same brush. They chased everybody out. The next time they had an opportunity was after the 2000 elections, again that transition became acrimonious because of the way they painted everybody in the then NDC as a criminal”, he said.

According to him, the opposition NPP has turned against each other with the same characteristic poor approach to change with regards to a decision to change its security detail.

Addressing a press conference in Accra earlier on Tuesday, the General Secretary of the NDC, Mr Asiedu Nketia, said Ghana was globally acclaimed as a beacon of multiparty democracy, hence the goings on within the NPP cast a slur on the country's democratic credentials.

He, therefore, called on the new executive of the NPP to protect the interest of the security personnel, whose appointment the party wanted to terminate by giving them enough notice.

He explained that a political party was not an ordinary organisation, since most of the workers were party members doing voluntary services and any action taken to dispense with their service ought to be handled with caution to avoid staining Ghana's democratic credentials.

He  said as a chairman of the  Caucus of General Secretaries of Political Parties in the country, he was also obliged to condemn the action by some of the new executive as a wrongful move, since it was not wrong for workers of a political party to show allegiance to incumbents when it came to internal elections.

There has been festering animosity within New Patriotic Party over the past weeks between the party's leadership and national officers prompting a meeting scheduled Wednesday June 25, 2014 in a bid to quell tempers and restore unity.

The highpoint of the antipathy within the party was Monday's scuffle between two security companies, Magnum Security and Invisible Forces.

Reports suggest unknown group of young men from Magnum Security tried to take over control of the security functions at the NPP head office from Invisible Forces, the regular security detail.

Asiedu-Nketia therefore called on NPP to not allow what happened to recur since, “that behaviour is not democratic and does not conform to the norms and labour rules".

“I rather chose to focus on building a  united party by bringing  on board the factional heads and their supporters to work with the new executive of our party,'' he advised the opposition party leadership.