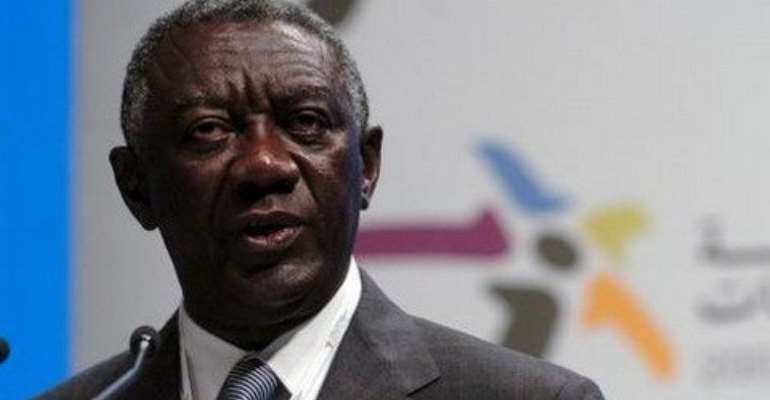 The Office of former president John Agyekum Kufuor has described as bizarre, the claim by Mr. Dan Abodakpi, a former Trade and Industry Minister during the Rawlings' administration that his incarceration in 2007, was masterminded solely by the then president.

He was tried and found guilty together with the late Victor Selormey, a former Deputy Finance Minister on the counts of conspiracy to commit crime; defrauding by false pretences and willfully causing a total loss of ¢2.73 billion to the State.

The former minister said on the Adom FM Morning Show, 'Dwaso Nsεm' Monday that the facts did not support his conviction but it was only pushed through on the orders of President John Agyekum Kufuor.

"President Kufuor called for the docket and advised that some (of the people implicated) should be prosecuted, although the Attorney General advised him not to pursue the case in that manner. I think Akufo-Addo did a professional job, as lawyer and Attorney General (when he kicked against the prosecution)," the former Ambassador to Malaysia alleged.

Speaking to Myjoyonline.com however, Spokesperson to the former president, Frank Agyekum described the allegation as "very bizarre",  since both Mr. Kufuor and Nana Akufo-Addo (then Attorney General and Minister of Justice) believe in the rule of law.

"Nana Akufo-Addo and president Kufuor are astute lawyers who believe that the executive should not intervene in the judiciary and so cannot allow such a thing to happen," Mr. Agyekum stated.

Mr. Dan Abodakpi was granted a pardon by way of remission of the remainder of his sentence on May 24, 2008 by President Kufuor. Story by Ghana | Myjoyonline.com | Jerry Tsatro Mordy | [email protected]