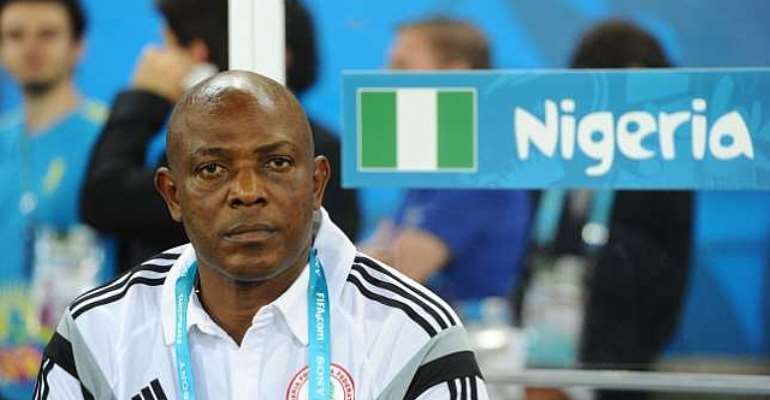 Peter Odemwingie's 29th-minute goal gave Nigeria a crucial 1-0 win over Bosnia-Herzegovina in Recife on Saturday, boosting their chances of advancing from Group F.

Nigeria only need a point in their final group game against the already-qualified Argentina, or for Iran to fail to beat Bosnia.

Keshi said he always believed in his team despite a lacklustre 0-0 draw against Iran in their opening game.

"Everybody is happy in west Africa - Ghana got their result (a 2-2 draw against Germany) and we won. It"s good for the continent," he said.

"The fighting spirit we showed was good. I never thought that we wouldn't make the round of 16. I have the players.

"But look at Iran today, if it was not for Lionel Messi (they would have held Argentina). We need to work hard for the game against Argentina."

Odemwingie praised his team for their all-round performance, but felt their character was the key at the Arena Pantanal.

"The goal means a lot to me, but the win was down to 90 minutes of concentration and effort from my team-mates," he said.

"The most important thing today was the character. We even enjoyed defending together.

"I didn"t expect to come back and score a winner in such an important game, but I"m very happy.

"This was a point the team earned. Right now I"m so high on our team"s performance."