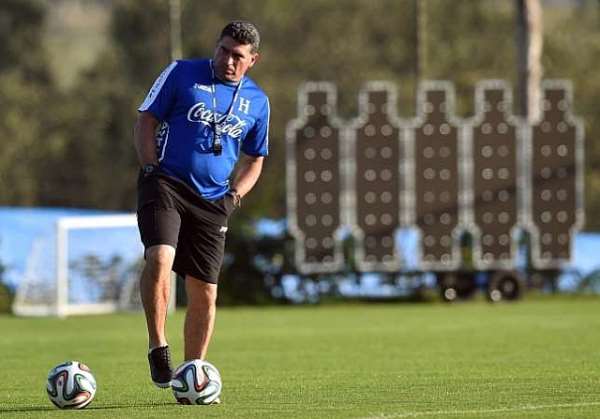 Suarez was in charge of Ecuador between 2004 and 2007 - helping them reach the knockout phase for the first time in Germany in 2006.

In another twist ahead of Friday's Group E clash, Ecuador coach Reinaldo Rueda is a former Honduras coach, with both nations desperate for points to keep their hopes of progression alive.

Both lost their opening fixtures and Suarez feels neither he or Rueda will gain any advantage from facing teams they used to coach.

"I think none of us has any advantage," he said.
"My knowledge has gotten better in recent months, I have had to learn (about) Ecuador and I think enough to cope for the match - that is also true in the case of Reinaldo Rueda.

"He also has an obligation to see and know how Honduras plays and surely there are going to be some differences that he has found to beat Honduras.

"In that sense I think there is no advantage for anyone."

Honduras were beaten 3-0 by France in their opening game and have not scored at a World Cup since their first appearance in 1982.

However, Suarez does not feel finding the net would make for a successful campaign - instead targeting a victory to keep their hopes of the knockout stage alive.

"For this squad it will be very easy... to say that only by scoring we will make history," he added.

"The idea of this team is to achieve things that anyone in Honduras can imagine we can achieve.

"The idea is that this group of people beat the thoughts of those who think we are less. That is the most important thing in this team."