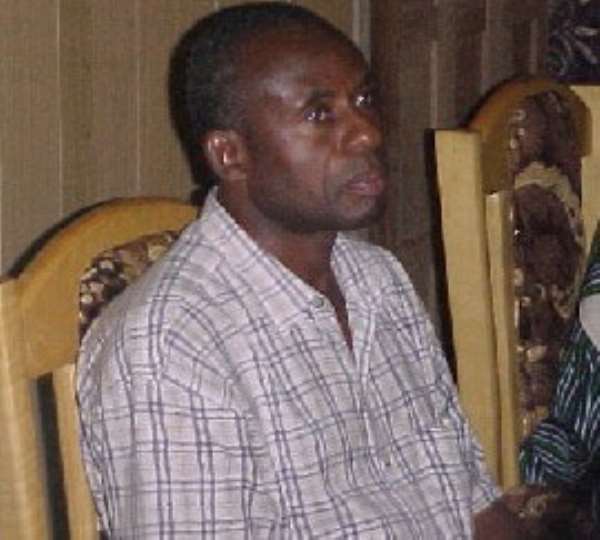 NDC Regional Chairman for Brong Ahafo, Alhaji Collins Dauda has hit back at the “Daily Guide”, describing it as a newspaper, whose stock in trade was mischief and nothing else. Alhaji Dauda, reacting to the paper's front-page story in its 10 May edition captioned “NDC Chairman in Hot Waters,” said he was not surprised at all, because the whole story raised some fundamental questions on the ethics of journalism.

The chairman, whose nationality is being challenged, questioned: “if the reporter, Baby Ansaba, was not in for mischief, what barred him from contacting me for my side of the story?”

Alhaji Dauda, in a press release, stated that he was responding to the publication because of his admirers, supporters of the NDC, who were not present when he appeared before the Asutifi District Election Review Committee (ADERC) on Wednesday, 5 May.

Alhaji Dauda said those who were present at the ADERC and listened attentively to the proceedings would treat the Daily Guide's story with the contempt it deserved, since there were factual inaccuracies in the said publication. He therefore stated that the story was false, misleading and malicious, concocted by the paper to damage his hard - won reputation.

The chairman regretted that the Daily Guide reporter, in his apparent attempt to damage him, failed to contact the review committee on a statement alleged to have been made by his parents when they appeared before it at Kenyasi.

Alhaji Dauda maintained that the story was calculated to prejudice the outcome of the ADERC findings. The release claimed the reporter was also trying to undermine the credibility of the security agencies by suggesting that the police were no match for alleged “macho” men purported to have been brought from Kenyasi and its environs by the NDC chairman. He said “this is not true; rather the police had performed their duty diligently without any hindrance.”

He therefore challenged Baby Ansaba, to come out with the names of his observers to make his story credible, since he was not there personally to cover the event.