NATO's Jamie Shea Reflects On The Balance Between Security And Participation 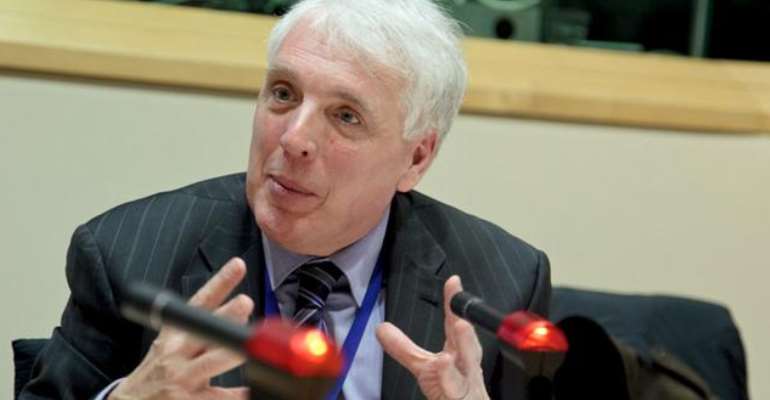 Cyber attacks are "not just about trying to paralyze people's networks," says senior NATO official Jamie Shea. "It's also about trying to use cyberspace for propaganda." Shea recently spoke to Deutsche Welle.

The panel discussion on cyber security and participation will include a keynote address by Sarah Harrison, a WikiLeaks journalist and close confidant of NSA-whistleblower Edward Snowden. "The job of the press," she says, "is to speak truth to power."

Shea, who for many years served as NATO's Director of Information and Press, predicts that the number of Internet users (currently 2.3 billion globally) is going to double in the next fifteen years as more and more countries in the developing world come online. Building security into the Internet "in a way that improves public trust and confidence" is going to be one of the most important challenges of the 21st century, he says.

Preserving the Internet's "unbelievable potential"
Shea argues that the Internet has altered the form and course of conflicts and crises. "Ukraine is as much an information battle - more than it is a real, physical battle," he recently told DW. In the age of globalization, modern communications are hugely important both in political and economic terms, says the security expert.

"At the moment we have about two to three trillion dollars a year of the global GDP being generated alone by Internet commerce and Internet exchanges. It's one of the most promising growth areas, as well as a factor of human liberalization - participation in global society. So we've got to be careful that what we do in the future doesn't kill off that unbelievable potential."

From participation to information

The 2014 Global Media Forum will take place from June 30 - July 2 at the World Conference Center in Bonn, Germany. The theme of this year's international media congress is "From Information to Participation - Challenges for the Media." Some 40 panel discussions, workshops and special events will cover topics related to the opportunities and risks posed by the digital world and their real impact on people's lives.

The conference is held in cooperation with many national and international partners, such as Amnesty International, Deutsche Telekom, the Grimme-Institut, NATO, the United Nations, the Vodafone Institute for Society and Communications and Voices of Africa.

The conference is co-hosted by the Foundation for International Dialogue of the Sparkasse Savings Bank in Bonn. Support is also kindly provided by Germany's Federal Foreign Office, the Federal Ministry for Economic Cooperation and Development and the City of Bonn. Cooperation partner is The Right Livelihood College Campus Bonn.

BoG, IGP clash over attack on bullion vans
11 minutes ago