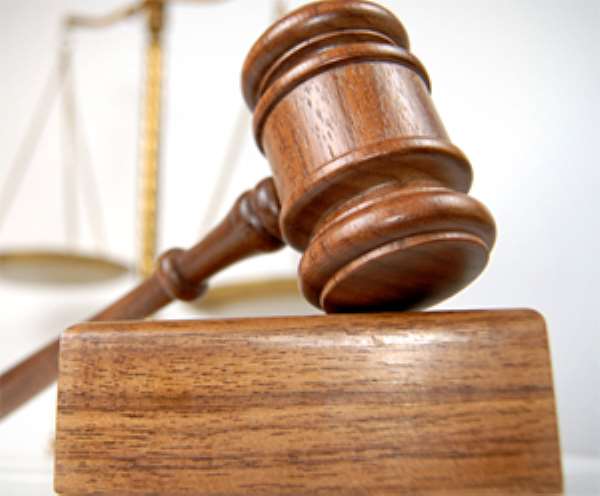 A secretary of the Ankwanda Land Beach Premix Committee in the Komenda Edina Eguafo Abrem Municipality was on Thursday arraigned before a Cape Coast Circuit Court for allegedly embezzling GH¢40,000 being the value of premix oil sold under his watch.

Philip Mensah, 31, pleaded not guilty and was granted a bail in the sum of GH¢60,000 with two sureties, one to be justified

He will reappear before the court on Wednesday July 2, 2014.

Police Chief Inspector Charles Yao Anku told the court presided over by Kofi Seshie Ametewee, that the Complainant is the Ankwanda chief fisherman as well as the chairman of the Ankwanda Landing Beach Premix Committee, while the accused is his secretary who controls the sale of the fuel.

He said in the month of March this year, Champion Oil Company in Accra supplied the Ankwanda Landing Beach with  premix oil valued at GH¢40,000 but after the accused had finished selling the oil, he failed to pay the suppliers through the committee's account at the Ghana Commercial Bank.

He said in April this year, an official from the Champion Oil Company informed the complainant of non-payment of the oil supplied.

Police Chief Inspector Anku said the complainant confronted Mensah, who admitted the offence and promised to refund it but failed. The complainant therefore reported the matter to the police.