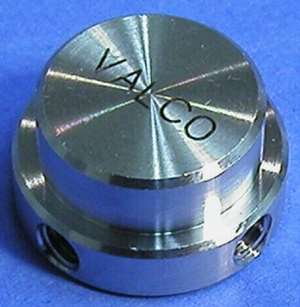 Kaiser Aluminium has agreed to sell its 90 percent stake in the Volta Aluminium Company (Valco) smelter in Ghana to Ghana for $18 million, a government source told Reuters on Monday. "The government and Kaiser reached agreement last Thursday in Accra over Valco. Kaiser was quite happy to accept 18 million dollars for it," the source said. The move could lead to a joint venture between Ghana and Alcoa, the world's biggest aluminium producer, which may now increase its 10-percent stake and exploit the country's extensive bauxite deposits, industry sources said. They said the government would consider giving Alcoa (AAOA.UL) a majority stake in Valco, which has an ingot production capacity of 200,000 metric tonnes a year. It may also hand them management of the business. A senior industry source told Reuters in March that Alcoa was considering whether to up its Valco stake after executives visited the bauxite-rich areas of Kibi in the Eastern Region and Nyinahin in the Ashanti Region. "They're looking at the feasibility of establishing an integrated aluminium industry in Ghana. They'll dig the bauxite here and process it here," one industry source said. The Minerals Commission, which regulates mining in Ghana, has estimated there are about 120 million tonnes of bauxite at Kibi alone. BHP Billiton expressed interest last year in developing a multi-billion-dollar integrated aluminium industry using bauxite from Kibi, and the Minerals Commission said in March their application was still active. Valco was established in the mid-1960s at the industrial and port city of Tema, 18 km (11 miles) east of Accra on the back of the Volta Dam. Kaiser is selling its stake after filing for protection from creditors in February 2002.