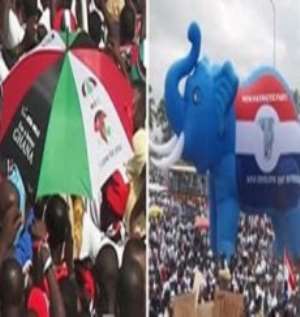 I will come out with more figures in my next write up.

The point is though HIPIC wasn't there around the early 80s,the Rawlings regime could have opted for similar facilities then but the regime stood its grounds to confront those weird economic challenges head on. The regime immediately after taking over,absorbed hundreds of thousands of Ghanaians expelled from Nigeria,housed them at El wark stadium and moved them to their family homes at a very high cost.

I can also proudly mention the introduction of the policy which allowed the establishment of private tertiary institutions in the country, a policy which has widened our education net and has also reduced pressure on our few tertiary instead especially,the universities. One remarkable thing worth capturing is that policy which was termed one region one polytechnic. The government made sure every region had a polytechnic institution.

Before 1992, Ghanaians rushed to other neighboring countries to seek for greener pastures but due to prudent economic measures,the economy of the country picked up quickly making it a model for some international institutions and citizens from our neighboring states started rushing down her to seek for economic survival.