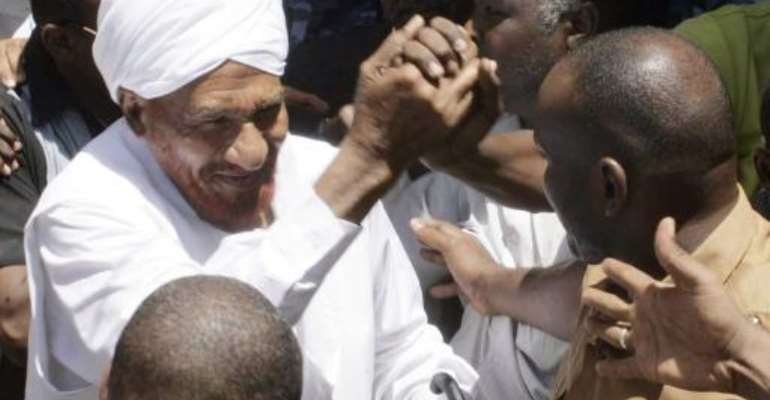 Mahdi himself, a former prime minister, was arrested on May 17 after he reportedly accused the counter-insurgency Rapid Support Forces of rape and other abuses of civilians in the Darfur region of western Sudan.

Since his arrest, several pro-Mahdi demonstrations have been held, and his Umma party has decided to quit the "national dialogue".

Mahdi is under investigation on charges of treason, and could be sentenced to death if convicted.

Journalists in Sudan were banned from investigating or publishing information about his arrest.

The RSF operates under the authority of the National Intelligence and Security Service and has denied Mahdi's reported claims.