Uruguay striker Luis Suarez on the mend after knee injury 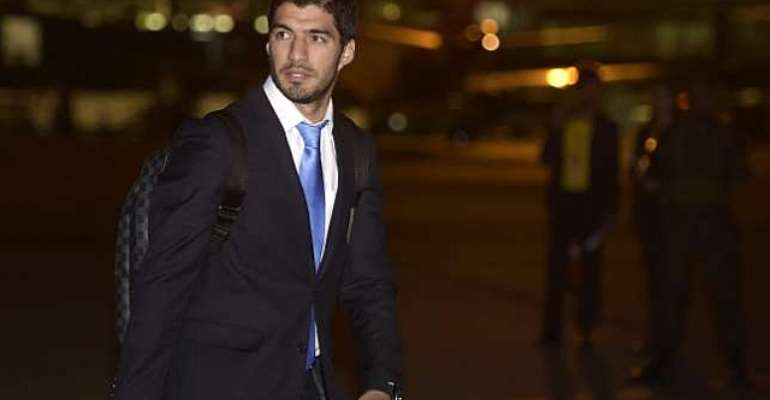 The Liverpool man suffered an injury in training during the build-up to the World Cup and had initially been a doubt for the competition.

However, he was included in Oscar Tabarez's squad with both coach and player previously stating their confidence Suarez would play a part in Brazil.

And on Tuesday, Suarez delivered an update on the injury that will buoy Uruguay fans ahead of their side's Group D opener against Costa Rica on Saturday.

"Hello to everyone, I wanted to tell you the knee is getting better," he said in a promotional video for 888poker.com .

"I feel very good, I have to go day by day, but everything is on the right way.

"I wanted to thank you all for the support I received during this week and now my mind is focused on the World Cup.

"Thanks a lot and Arriba Uruguay."