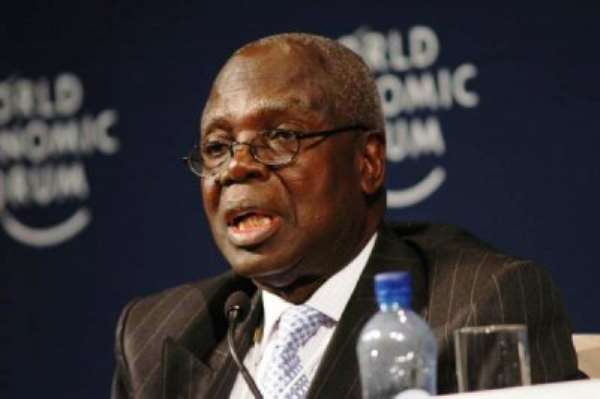 Dr. Ishmael Yamson, an experienced business development and corporate strategic executive has challenged the private sector to be courageous enough to lead the fight for rebuilding a robust national economic development. He tasked the sector operators to be strategic in their decision making towards building a strong and reliable economy.

Dr. Ishmael Yamson said Ghana as a country has always done well in destroying our economy every 4 years due to political interference, forgetting that the end results has always been detrimental to the sustenance of our economy.

He made these remarks at the fourth day of the National Development Planning Commission (NDPC) stakeholders meeting with the private sector in Accra.

The meeting has already seen the members of the education, civil society, technocrats, faith base organizations and the private sector making an impact into Ghana's shared growth development agenda(GSGDA) in the implementing of 2010-2013 as its medium term national development policy framework since 2010,GSGDA 2010-2013 which forms the basis for the preparation of the medium-term development plans as well as the annual budgets at the national, sector and district levels throughout the country.

The preparation of the Annual Progress Reports (APRs) at the national and district levels are based on the implantation of the respective medium-term plans in monitoring the implementation of government policies.

The NDPC said, it is the belief of Government, that policies and programmes emanating from the GSGDA 2010-2013 will lay the foundation to move Ghanaians closer to the long-term aspiration of a just, free and prosperous society. The policy proposals contained in the GSGDA,2010-2013 were predicted on the fact that, some significant progress have been recorded towards the realization of macroeconomic stability and the achievement of poverty reduction goals under the previous medium term national development policy frameworks, some structural challenges have also emerged, characterized by large fiscal balance of payment deficits, major regional inequalities with the north experiencing significantly, higher levels of poverty than the rest of the country, high youth unemployment, slow progress towards the achievements of the MDGs especially those relating to maternal mortality, gender equality and environmental sanitation.

According to the NDPC Ghana had discovered crude oil and gas, and the exploitation of these natural resources would significantly change the economic growth trajectory and level of per capita income.


CURRENT CHALLENGES
These notwithstanding are the following key challenges,

Relatively large fiscal and balance of payment imbalance which is becoming cyclical, inefficiencies in the use and management of public funds and other national resources, the declining growth of the agriculture sector which employs about 41% of the country's labour force and relatively weak linkages between agriculture and industry.

According to NDPC, the strategic direction for the medium term development policy will be leverage Ghana's natural resource endowments, agriculture potentials and the human resource base for accelerated economic growth and job creation through value addition especially manufacturing.

The policy proposals over the medium-term(2014-2017)will anchor on continued pursuit of macroeconomic stability, creating the appropriate fiscal space for accelerated investments in key priority programmes and in partnership with the private sector.