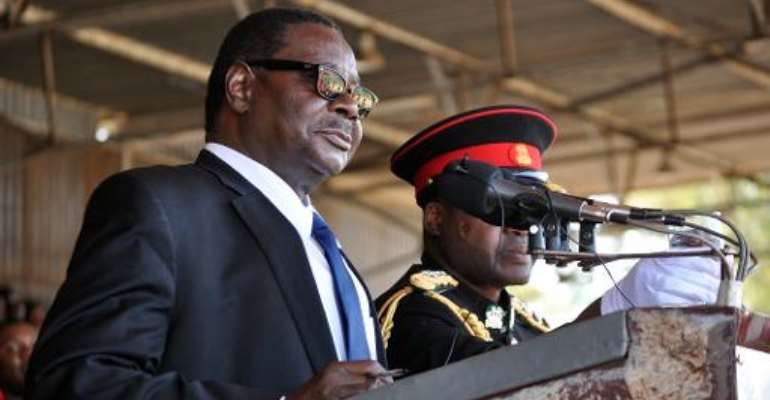 Newly elected Malawian President Arthur Peter Mutharika delivers a speech during his official inauguration as Malawi's new President, at the Kamuzu stadium in Blantyre on June 2, 2014. By Amos Gumulira (AFP/File)

Gondwe, a former official at the International Monetary Fund, is credited with helping fuel an economic boom during the early years of Mutharika's late brother's leadership.

A statement from the president's office announced Gondwe's reappointment as minister of finance and economic planning and development.

Gondwe was the first finance minister in the cabinet of Mutharika's brother, Bingu wa Mutharika, and was regarded as the force behind the 2004-2009 economic boom, before corruption fears saw foreign aid cut.

He resigned from previous president Joyce Banda's cabinet in 2013.

Gondwe was then charged with treason after a group of politicians tried to block her ascension to power on Bingu wa Mutharika's unexpected death a year before.

Banda was beaten in a disputed poll last month.

Gondwe's first task will be to draft a new government budget, due in parliament this month.