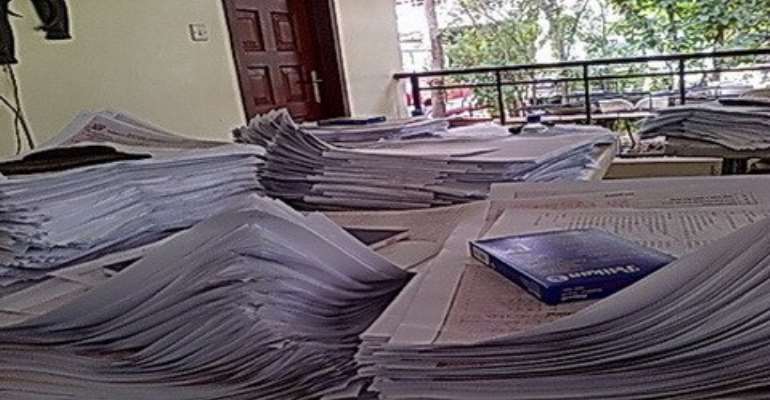 Four major political parties in Ghana are demanding immediate sanctions against some 900 officials of the Electoral Commission failed to sign the declaration forms.

The NDC, NPP, CPP and the PNC made the demand at an emergency Inter Party Advisory Committee meeting on Friday.

The EC says it will not sanction the staff, firmly putting itself on a collision course with the parties.

The failure of these officials to sign the declaration forms became a huge issue in court. Three leading members of the NPP had petitioned the court to cancel results from polling stations whose officers failed to sign the forms but after eight months of hearing, the Supreme Court unanimously rejected the demand and went ahead to throw out the petition.

But the NPP's representative at the I-PAC meeting, Peter Mac Manu told Joy News' Kwakye Afreh-Nuamah the EC claimed it has met the officials in question to find out their reason for not signing the electoral materials but nothing conclusively has been heard.

He said what the officials failed to do was a constitutional mandate, and insisted that “if they fall short of a certain demand they must be sanctioned”.

He suspects some deliberately refused to sign the declaration form, hence the need to sanction them to serve as a deterrent to others.

General Secretary of the NDC, John Asiedu Nketiah stressed, “We cannot be leaving people who are fond of breaching the law to be off the hook.”

He insisted that officials involved should be prosecuted so that they can explain in court if they had any “genuine reasons” for not signing.

“Leaving them like this would not be in the service of mother Ghana,” he maintained.

Mr. Nketiah said the party would pile pressure on the EC to rescind its decision not to sanction the 900 officials.

But the Electoral Commission says there is no legislation to back the sanction being demanded by the parties.

Christian Owusu Parry, Acting Head of Public Affairs at the EC told Joy News, “Indeed the law makes no provision at all for those penalties for those who are not able to perform their duty as required of them,” he stressed.

Mr. Owusu Parry said what happened was “an act of forgetfulness and no act of malice at all in most of the cases”.

He explained that it would therefore not be fair to punish them for that.