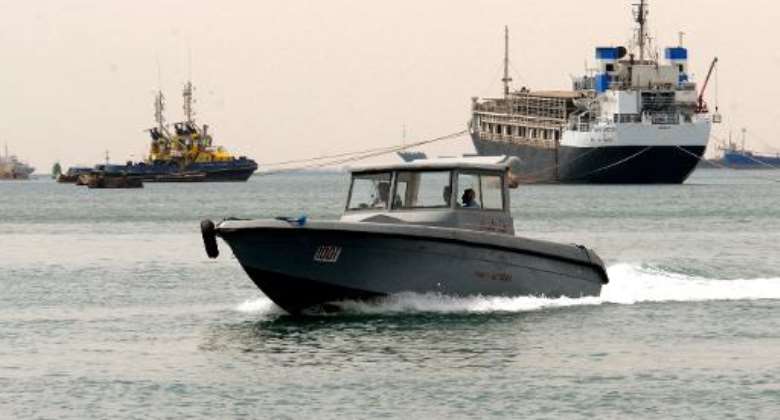 Geneva (AFP) - Sixty migrants from Ethiopia and Somalia along with two Yemeni crew members drowned on May 31 in the worst such tragedy off the coast of Yemen this year, the UN said Friday.

"The tragedy is the largest single loss of life of migrants and refugees attempting to reach Yemen via the Red Sea and the Gulf of Aden this year," Adrian Edwards, spokesman for the refugee agency UNHCR, told reporters in Geneva.

The UN agency said it was still seeking information about the tragedy, but had confirmed that the boat carrying 60 Ethiopian and Somali migrants and two Yemeni crew members sank last Saturday.

"The victims were reportedly buried by local residents after their bodies washed ashore near the Bab El Mandeb area off Yemen's coast," Edwards said, adding that the UNHCR did not know where the boat begun it journey.

In Sanaa, a Yemeni employee of the UNHCR said the boat went down because of bad weather conditions off Dhubab, at the entrance to the Bab El Mandeb waterway between the Gulf of Aden and the Red Sea.

"Most of the victims are of Ethiopian nationality," he said, quoting a local NGO, the Society for Humanitarian Solidarity.

The UNHCR pointed out that counting previous such tragedies in the same area, at least 121 people have died so far this year trying to reach Yemen.

The agency said it had documented the arrival of 16,500 refugees and migrants on the Yemeni coast during the first four months of 2014 alone.

That number, however, was far below the 35,000 who arrived in Yemen during the same period last year.

Impoverished Yemen is mainly used as a transit country, with African migrants often aiming to move on to neighbouring oil-rich Gulf nations to find work.

Edwards told AFP the drop in arrivals in Yemen appeared linked, among other things, to a shift in migration patterns towards North Africa and Libya because of unrest in Yemen and a crackdown in Saudi Arabia on illegal migration.

"Over the past five years, more than half a million people, mainly Somalis, Ethiopians and Eritreans, have crossed the dangerous waters of the Gulf of Aden and the Red Sea to reach Yemen," he said.

"Boats are overcrowded and smugglers have reportedly thrown passengers overboard to prevent capsizing or avoid detection," he added, pointing out that search-and-rescue officials estimate this has resulted in hundreds of undocumented deaths in recent years.

Yemen has taken in up to two million refugees, mostly illegal migrants, according to unofficial estimates in Sanaa.

"Each refugee costs the Yemeni state an average of around 2,300 dollars a year," researcher Mustapha Nasr, who runs a Sanaa-based economic data centre, told AFP.

Thousands of migrants, many trying to reach Europe, have died in other tragedies at sea in recent years.

UNHCR said Friday it was "working to prevent the alarming loss of life at sea and indifference to people desperately needing protection."

"We are reiterating our call for governments in the region to strengthen their search-and-rescue capacities," Edwards said.

On Friday, a Tunisian official said the coast guard had intercepted a boat off Zarzis, in southern Tunisia, loaded with more than 200 migrants who left from Libya hoping to cross the Mediterranean to reach Europe.

The migrants -- including 104 Nigerians, 23 Senegalese and 16 Tunisians -- were taken to Zarzis port on Thursday, Mongi Slim of the Tunisian Red Crescent told AFP.

In northern Morocco, meanwhile, 94 migrants were arrested on the coast near Tangiers on Friday as they tried to board inflatable boats to cross to Spain, the official news agency MAP reported.