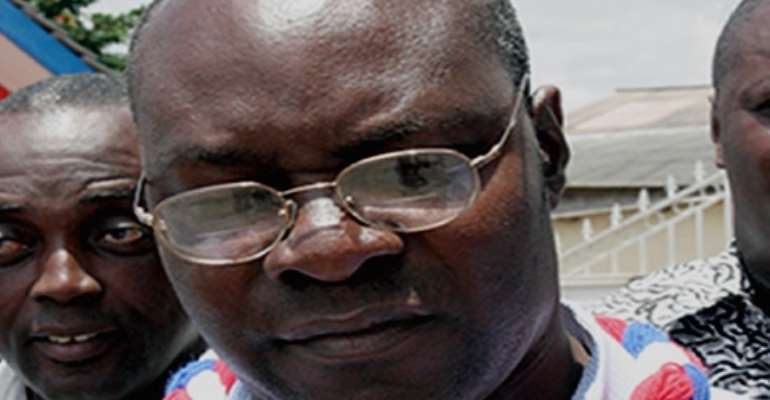 Dr Kobina Arthur Kennedy, a leading member of the New Patriotic Party (NPP), has called for thorough investigations into the activities of the immediate past national executive of the party.

According to him, the level of corruption and mismanagement in the NPP in recent times is alarming and only a house-cleaning exercise can effectively deal with the situation.

“...There is too much corruption in the party and we need to hold people to account. All the people involved with the 2012 campaign are around. From flag bearer, the running mate, the party chairman to the campaign managers, the NPP should set up a high-powered committee to summon these  people to account for their stewardship.

“...150 cars. Who received them? Where are they parked? There should be some sense of accountability,” Dr Kennedy argued.

He made this submission during a telephone interview with Neat FM, an Accra-based radio station, on the feud between the Director of Finance and Administration of the NPP, Mr Opare Hammond, and the newly elected national executive.

Mr Hammond has vowed to not leave office despite a directive from the party leadership for him to hand over to one Edward Tetteh.

Mr Hammond claims the Party Chairman, Paul Afoko, and Kwabena Agyapong, the General Secretary, are overstepping their powers, though it is believed that Mr Hammond is being relieved of his post due to his inability to furnish the new party executive with vital documents on the party's finances.

“...if we cannot find missing cars in our party, how are we going to hold the government to account for its massive corruption? The Government is corrupt, the country is corrupt but before we become clean, we must show Ghanaians that we are serious and we will not cover corruption in our own ranks,” he maintained.