Why The National Confab Must Address Citizenship/Nationhood? 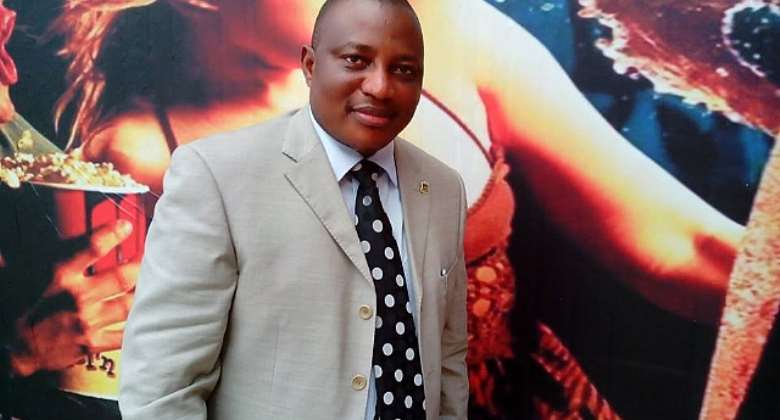 There are those who believe they can join the Republic of Cameroun. There are people in Nigeria who have stolen the commonwealth and they use this wealth to espionage missions against their own government. They use such ill-gotten wealth to train terrorists to unleash mayhem and they do not believe that people from other parts of Nigeria cannot rule Nigeria.

Some leaders especially from the North make inflammatory statements against the unity and integrity of the nation yet they contribute nothing to the economic viability of the nation. They sponsor fifth columnists to vilify and funk the same establishments they erected. In National Security Council Meetings, they speak in favour of unity but surreptitiously pay criminals to destroy the country because they are not in power. Such people have no sense of identity. They are enemies of the people- their own people.

Nigeria today is being buffeted by corruption, instability, poor quality of education, increasing sense of anomie and unimaginable rate of unemployment. IBB sometime ago wondered why the nation has not collapsed. The centrifugal forces range from the Niger Delta insurgency in the Niger Delta, MASSOB in the South East, OPC in the South West and now the politically sponsored Boko Haram which has laid siege on sections of the country.

I hear Boko Haram has high profile funding in Iran and some Islamic nations with a mission statement of Islamizing the Nigerian nation. Nobody appears to have a stake in the nation and one wonders in whose interest they are carrying out these unedifying, inglorious and abnormal endeavours under the dark cloak of religion.

Nigeria is not yet a nation because our laws abhor nationality. Section 14 of the Constitution provides for Federal Character. In official circles, when forms are to be completed, there is always provision of LGA and State, even religion. Whereas Nigeria operates a secular constitution, we still reserve a place for religion and by this fact; we are referring to the two imported religions: Christianity and Islam. There is no provision for free thinkers, African Traditional Religion.

Nigerians who are free thinkers or adhere to ATR find it difficult to complete forms the religious brands they really believe. The non-recognition of these variegated schools of thought makes nationhood impossible to realize. Even in Government sponsored pilgrimages, Buddhists, Confucians, Taoists, Zoroastrians etc are not sponsored.

These religions are older than Christianity and Islam. For young graduates who seek job opportunities, even if they pass the aptitude tests and interviews, they are compelled to obtain a certificate of Identification from their Local Governments. It is worse for women who are married to a man. Surely, Nigerians have not come to terms with the reality that women can contest elections in places where they are married.

In some cultures, children are also denied some rights like scholarships, bursaries and admissions. We also have the issue of lingua franca hence languages that have no implication for scientific development are used as barometers for measuring the Nigerianess of people. This is a result of lack of core values underpinning our diversity.

In educational institutions, we insert catchment areas, quota system and statism rather than merit. The premiums we place on these criteria have undermined merit and we preach quality education. The catalogue of atrocities is multiplying even in our citadels of learning: grade racketeering, sorting, indiscipline, cultism and harassment of many sorts. Officially, we all know that about 80% of the products of our public education are unemployable. We allow that trend to continue and for those who are well off, Ghana, South Africa and the UK draw their hard earned foreign exchange in search of quality education. We inadvertently exorcise nationhood and citizenship by our words and actions.

Citizenshipis the status of a person recognized under the custom or law of a state that bestows on that person (called a citizen) the rights and privileges of citizenship. Such rights and privileges include the right to vote, work and live in the country and the right to return to the country, besides other rights. A citizen may also be subject to certain duties, such as a duty to serve in the army. A person may have multiple citizenships and a person who does not have citizenship of any state is said to be stateless.

Below is a short essay on how citizenship can be acquired.

Nationalityis often used as a synonym for citizenship in English - notably in international law - although the term is sometimes understood as denoting a person's membership of a nation. A person can be a citizen for several reasons. Usually citizenship of the place of birth is automatic; in other cases an application may be required.

Parents are citizens (jus sanguinis). If one or both of a person's parents are citizens of a given state, then the person may have the right to be a citizen of that state as well. Formerly this might only have applied through the paternal line, but sex equality became common since the late twentieth century. Citizenship is granted based on ancestry or ethnicity, and is related to the concept of a nation state common in Europe. Where jus sanguinis holds, a person born outside a country, one or both of whose parents are citizens of the country, is also a citizen. States normally limit the right to citizenship by descent to a certain number of generations born outside the State. This form of citizenship is common in civil law countries.

Born within a country (jus soli). Most people are automatically citizens of the State in which they are born. This form of citizenship originated in England where those who were born within the realm where this is common in common law countries.

Marriage to a citizen (jure matrimonii). Many countries fast-track naturalization based on the marriage of a person to a citizen. Countries which are destinations for such immigration often have regulations to try to detect sham marriages, where a citizen marries a non-citizen typically for payment, without them having the intention of living as man and wife.

Naturalization. States normally grant citizenship to people who have entered the country legally and been granted leave to stay, or been granted political asylum, and also lived there for a specified period. In some countries naturalization is subject to conditions which may include passing a test demonstrating reasonable knowledge of the language or way of life of the host country, good conduct, pledging allegiance to their new state and renouncing their prior citizenship. Some states allow dual citizenship and do not require naturalized citizens to renounce any other citizenship. This should be applicable in Nigeria.

Excluded categories. In the past there have been exclusions on entitlement to citizenship on grounds such as skin color, ethnicity, sex, and free status (not being a slave). Most of these exclusions no longer apply in most places.

No nation can have stability without the benefit of nationhood. Tanzania has 175 ethnic groups but the nation is one of the most stable in Africa. On the Contrary, Somalia has no linguistic and cultural differences yet it is a prototype of instability in the world and widely quoted as one of the failed States. The instability in Nigeria is fueled by people who feel the present system has excluded them from the politics of the nation as they used to play it.

Boko Haram is a political weapon used by people against the Jonathan administration. The weapon is like an arrow that has left the bow and the hunters cannot control its direction. One thing is clear: there are people sponsoring such murderous adventures and they walk free and sometimes are given national awards for their bloodthirstiness.

Nationhood gives a people a sense of identity. Citizenship offers them a sense of fellow-feeling and trust. It is my belief that Citizenship is a vital subject to be taught and embraced by everyone who lives in a country like Nigeria. In a place where everyone feels like a citizen, society will flourish as people share a set of common values. Without it, people will fail to live in shared communities and they become strange bedfellows.

This is what has eroded the mutual trust in Nigeria -a reason why the NATIONAL CONFAB should fix citizenship and nationhood in Nigeria even if sections of the Constitution may be expunged. IF THE NATIONAL CONFAB fails to fix the issue of Nationality and Citizenship, it will achieve nothing else.

Idumange John Is A Public Intellectual