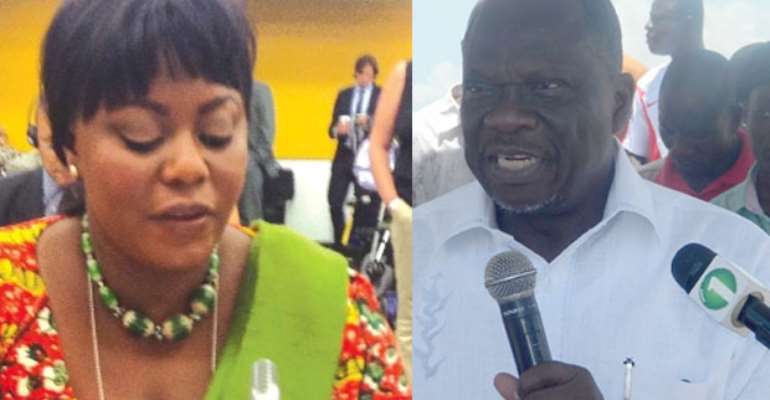 Reports reaching DAILY GUIDE as at press time last night indicated that President John Mahama has made more appointments to beef up his administration, while some of his appointees have been shown the exit.

In furtherance of the changes in his administration, the President has nominated Aquinas Tawiah Quansah, Deputy Minister of Fisheries and Aquaculture, as Minister of the Central Region, replacing EKT Addo, who appears to have been dropped.

Local Government and Rural Development Minister, Akwasi Opong-Fosu, had earlier been relieved of his post with Julius Debrah, Eastern Regional Minister, taking over from him.

Three new persons have been nominated by President Mahama as Deputy Ministers of State, in accordance with Article 79(1) of the 1992 Constitution of Ghana, swelling up the number of appointees on his ministerial list.

DAILY GUIDE learnt that more appointee's heads were on the chopping board with the piecemeal release of the list.

Aquainas Tawia Quansah and Alexander John Ackon
However, as at press time, there were rumours that Seth Terkper, Minister of Finance and Economic Planning and his counterpart at the Energy and Petroleum Ministry, Emmanuel Armah Kofi-Buah, might not be affected by the reshuffle, even though some powerful forces are pushing for their exit.

Last Friday, former Deputy Chief of Staff, Alex Segbefia, was nominated as Deputy Minister of Defence-designate, replacing Ebenezer Okletey Teye Larbi, who has been moved to the Ministry of Lands and Natural Resources as a Deputy to Inusah Fusseini.

A number of Deputy Ministers have also been re-assigned as part of the ongoing changes in government.

The current Ashanti Regional Deputy Minister, Samuel Yaw Adusei, appears to have been shown the exit.

Dr. Alfred Tia Sugri is moving from the Health Ministry to the Ministry of Environment, Science, Technology & Innovation as a Deputy Minister, while Benita Sena Okity-Duah, MP for Ledzokuku, who was Deputy to Nana Oye Lithur, Minister of Gender, Children and Social Protection, is now Deputy Minister of Fisheries and Aquaculture, replacing Aquinas Quansah.

Dr. Musheibu Mohammed-Alfa of the Ministry of Environment, Science, Technology & Innovation, is now Deputy Minister of the Upper West Region, taking over from Abu Kabiebata Kansangbata, whose next position was not known.