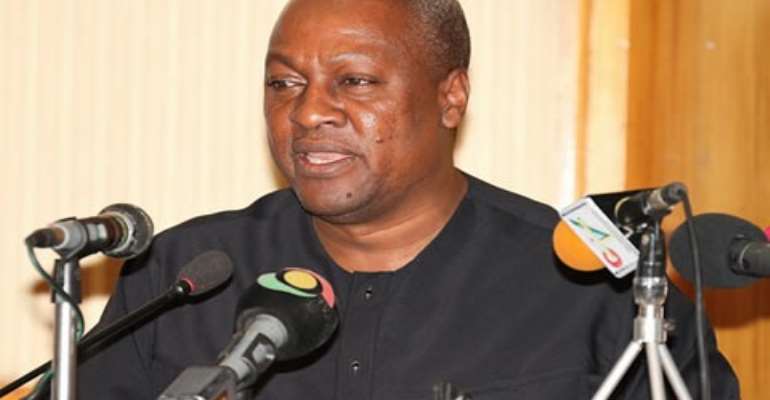 A senior political science lecturer at the University of Ghana is unimpressed with the current ministerial reshuffle announced by President John Mahama.

Dr Ziblim Iddi says if the president wants better results he must begin to make changes to the substantive ministers and not the deputies.

Quoting Article 79 of the 1992 Constitution, the political Science lecturer said the deputy ministers are only appointed to assist substantive ministers, adding a reshuffle that targets deputy ministers may achieve little results.

He was speaking to Joy News, Monday, in reaction to a new ministerial reshuffle announced Sunday.

Per the new reshuffle, the Deputy Minister for Fisheries and Aquaculture, Mr. Aquinas Quansah has been nominated as Minister for the Central Region.

Mrs. Mona Quartey goes to the  Ministry of Finance, while Mrs. Dela Sowah heads to the Ministry of Gender, Children & Social Protection. Dr.Victor Asare Bampoe also takes up a new position at the Ministry of Health.

President Mahama also re-assigned the following Deputy Ministers of State as part of the ongoing changes in his government.

Dr. Alfred Tia Sugri was moved from the Health Ministry to the Ministry of Environment, Science, Technology & Innovation as a Deputy Minister.

Dr. Musheibu Mohammed-Alfa of the Ministry of Environment, Science, Technology& Innovation was also reassigned as Deputy Minister for the Upper West Region.

Reacting to the reshuffle, Dr Ziblim Iddi said the president reserved the right to appoint and remove a minister or deputy because all appointees work at his pleasure but was eloquent in his critique of the announced reshuffle.

"What is most important for me is that deputy ministers according to Article 79 of our constitution are appointed only to assist a minister in the performance of his duties.

"If you were doing a reshuffle and your intent is to bring changes in government you rather want to target the minister and not the deputy," he pointed out.

He argued further that the deputy ministers do not even sit in cabinet which makes their level of influence minimal.

He would not speculate on which of the ministers should be reshuffled but was quick to add that the country is going through lots of difficulties and the president should be able to find the "weakest link" in government and make the necessary changes.