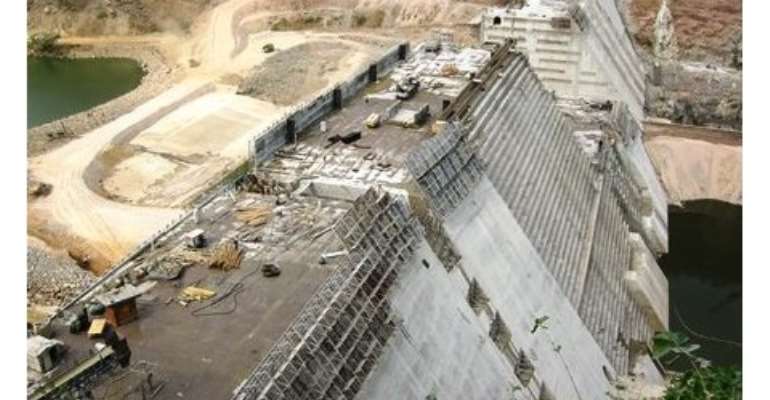 The ongoing power crisis is set to worsen as the Bui Power Authority (BPA) has announced a reduction in its current generation capacity.

The BPA is currently operating its generation plant at an over-draft rate of 3.66 million kWh/day from November 2013 - about 2.5 times the target rate - in order to supplement existing generation.

However officials of the Authority say the dwindling level of water in the dam has compelled authorities to limit the generation capacity to an average of about 1.44 million kWh/day.

"The Bui Generating Station is unable to maintain the high rate of power generation and production has had to be reduced in order to protect the turbines from potential damage," a release signed by Mawuli Fui Kwadzovia, Assistant External and Communications Relations Officer said.

"This is necessary because it is imprudent to operate the generating plant below the minimum operating level of the reservoir (168 masl) as this unduly exposes the turbines to higher risks of cavitation damage.

"The current situation is also not favored by the hydrology of the Black Volta River as expected inflows in May and June are usually very low.  BPA is monitoring the reservoir level and will revise the production plan in conjunction with GRIDCo as soon as it is prudent to do so".

Background
The reservoir created by the construction of the Bui Dam was designed to have a maximum water level of 183 meters above sea level (masl) and a minimum operating level for power generation of 168 masl.  By June 2011 construction of the dam had progressed sufficiently to allow the commencement of river impoundment.  Filling of the Bui reservoir therefore commenced on June 8th 2011 and about two years later; ie by March 2013, the water level had risen from about 100.0 masl to more than 168.0 masl. This level was just adequate to allow the start of power generation in May 2013.

Planned 2014 Generation
At the end of the 2013 rainy season in October 2013, the reservoir level had risen to 177.9 masl which was still well below the maximum reservoir level.  The limited amount of water stockpiled during the rainy season therefore had to be used judiciously in order to last through the dry season and until the start of next rainy season in July 2014.

Based on the limited amount of water obtained in the 2013 rainy season, BPA planned to drawdown the Bui reservoir at a rate which could be sustained throughout the dry season. Generation was therefore to be restricted to an average of about 1.44 million kWh/day during the period.  The planned trajectory of the Bui Reservoir from January 1, 2014 to June 30, 2014, as shown on the attached graph, was for the level to fall gradually to 171.5 masl by end of June 2014.

Actual 2014 Generation
In response to the inadequate power supply from other sources experienced in the last quarter of 2013, the system operator, GRIDCo, requested BPA to temporarily increase power generation from the planned draft rate of 1.44 million kWh/day to an over-draft rate of 3.66 million kWh/day from November 2013 (about 2.5 times the target rate) in order to supplement existing generation.  As a result of this new arrangement, the Bui Generating Station had by mid-May 2014 produced 450 million kWh of electrical power to support national demand, instead of the planned generation of 180 million kWh.

No country is immune to terrorist attacks; let’s fight it – ...
13 minutes ago

Claims of insecurity in Ghana over recent crimes ‘a bit of a...
17 minutes ago