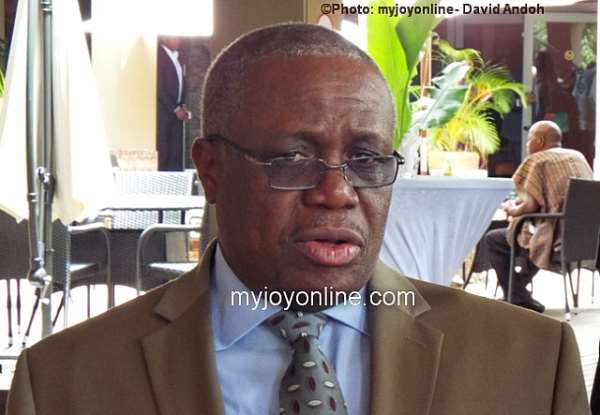 The Bank of Ghana has directed all banks to deploy e-zwich point of sale terminals (POS) at all their branches and agencies by the 30th of June this year and issue the card to every customer.

This and other directives are contained in a letter to managing directors of banks in the country.

According to the letter, the banks are also required to deploy the hybrid POS at all existing and future acquired merchants.

Additionally, the banks are supposed to integrate all existing switches into the National Switch.

The Central Bank is also asking all banks, as well as savings and loans companies to ensure that they provide e-zwich services at all times.

The directive provides further that banks as well as savings and loans companies which do not have switches should arrange to be set on the e-zwich platform or acquire a switch and integrate into the National Switch.

The directive, which was issued last week, also expects existing ATMs and POSs which are already installed to be upgraded to meet e-zwich standards.

Sources say the directive follows a meeting held between managing directors of the banks and the Central Bank.

The sources also revealed that the directive is intended to prepare the ground in readiness for a massive roll-out of various initiatives that will lead to more people receiving various remunerations on the e-zwich smart card.

The move by the Central Bank  is also expected to set the stage for the public to switch to using electronic  cards to make payments instead of the continuous use of cash.

The various financial institutions are required to strictly comply with the directives, the letter signed by BoG Secretary Mrs. Caroline Otoo noted.

Many people over the years have urged the Bank of Ghana to compel banks to offer e-zwich services, as it is believed that left on their own banks will do very little to promote the smart card which has some of the most secure features in the world.

Since its introduction in 2008, many bank branches still do not offer e-zwich services while others do not offer reliable services to their customers.

Currently, some private firms pay their employees -- particularly those on commission -- via e-zwich.

The Student Loan and National Service allowance are also paid onto the card. The latest major payment via e-zwich is the Livelihood Empowerment Against Poverty (LEAP).

But the outlets to access e-zwich services is limited because of the lack of interest by some banks in offering the service at all times.

B&FT has learnt that Ghana Cocoa Board will soon begin to pay farmers on their e- zwich card to make payment quicker, flexible and more convenient - as well as reduce the human factor of corruption associated with cash payments.

The sources also indicate that the planned payment of public sector workers' salaries through e-zwich, in order to weed out ghost-names, will begin in a couple of months.

These planned payments via e-zwich will significantly increase the number of people using the biometric card, and it is believed that the Bank of Ghana directive is to ensure e-zwich services are readily available at various places so that people can easily access the service.