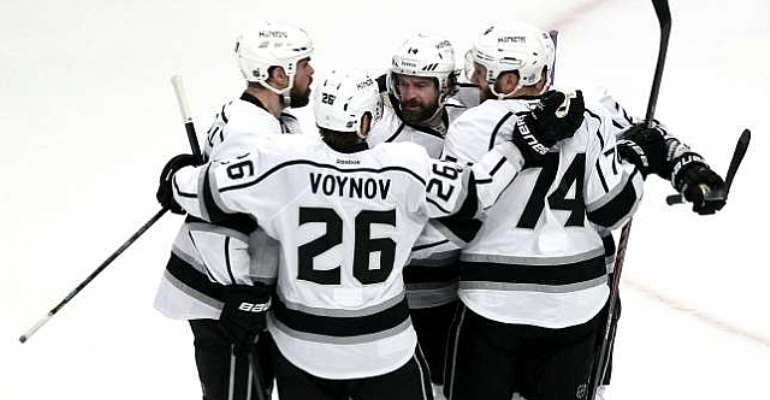 The Los Angeles Kings came from behind thrice to reel in the Chicago Blackhawks 5-4 in overtime and reach the NHL's Stanley Cup finals.

In a pulsating game seven of the Western Conference finals, the Kings never led in regulation but scored when it counted - with Justin Williams' deflected shot in OT enough to see them into their second Stanley Cup series in three years.

The New York Rangers and the Kings will play off for the illustrious Stanley Cup starting on Wednesday, with the LA franchise holding home-ice advantage in the best-of-seven finale.

The Kings conceded in the sixth minute of proceedings when Brandon Saad snuck a tight-angle shot into the visitors' net at Chicago's United Center.

The Blackhawks led 2-0 in the ninth minute, after Jonathan Toews' powerplay goal but the Kings responded with two goals in 51 seconds.

Jeff Carter and Williams were both on target, only for Patrick Sharp to reinstate Chicago's lead 12 seconds after the Kings' equaliser.

Not to be deterred, Tyler Toffoli added a goal to his assist for the Carter goal to make it 3-3 midway through the second period.

Sharp, though, put Chicago ahead on another powerplay, with poor discipline costing the Kings.

But they forced an additional period courtesy of Marian Gaborik's backhand shot with less than eight minutes to play.

And the game seven specialists made it three series deciders from as many played this post-season, as Williams' shot deflected into the Chicago net in the sixth additional minute.

The Kings became the first team in NHL history to win three straight game sevens on the road in one post-season, as they had also downed the San Jose Sharks and Anaheim Ducks.