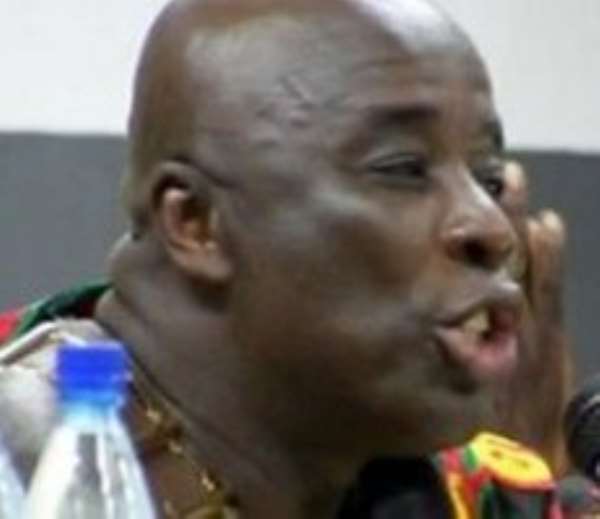 The Okyenhene, Osagyefo Amoatia Ofori Panin, has filed a suit at the Fast Track High Court against the publishers of The Herald newspaper and three others for accusing him of engaging in illegal mining.

According to the Okyenhene, Prime Mark Company Limited, publishers of The Herald newspaper, Nana Kwame Adjei-Boateng, a member of the Asona Royal family, Larry-Alans Dogbe, the Managing Editor of The Herald and Kofi Nyame, a reporter with the newspaper, variously published libellous materials which have tarnished his hard-won reputation, both locally and internationally.

The publication was carried on the front page of the May 5, 2014 edition of the newspaper.

Demand from lawyer
The Okyenhene is praying the court to perpetually restrain the defendants from further publishing libelous materials against him.

He also wants the court to award exemplary damages against the defendants, as well as order them to bear the cost of the solicitor's fees.

Counsel for the Okyenhene, Mr Godfred Yeboah Dame, is asking for GH¢5 million general damages against the defendants.

According to him, the Okyenhene is a well-known local and international personality whose reputation has been gravely affected by the libelous publication.

“Therefore, the instant action is intended to stop these attacks on the personality of Osagyefo, as well as on the integrity of the stool he occupies. We intend to press the court for the award of the highest amount of damages ever awarded in the history of a libel action. The reputation of Osagyefo is very huge and cannot be maligned unnecessarily,” Mr Dame argued.

Severe damage
According to the statement of claim, the said publication sought to libel the Okyenhene as a criminal who should be put away from society.

It said the publication also sought to create the impression that the Okyenhene lived a deceptive life, championed environmental degradation and was, therefore, an unworthy ambassador in environmental protection.

“The said publication has exposed plaintiff to public odium, ridicule and contempt in the eyes of right-thinking members of society worldwide,” the statement added.