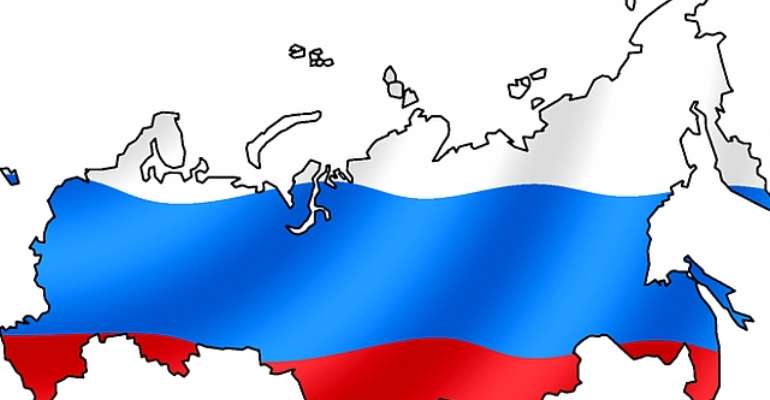 A lecturer at the Political Science Department of the University of Ghana, Legon, Dr. Ziblim Iddi, has urged caution in United States dealings with the 'new' Russia under Vladimir Vladimirovich Putin.

Dr. Iddi said the caution was necessary if America wants to remain a superpower for the next century as President Barack Husein Obama stated in his graduation speech to cadets at the US military academy in West Point, New York.

'They [USA] have to be carefulbecause Russia is still a military power, it is not economically strong that is why they are not a superpowerthey are the next country in terms of nuclear weapons after the US, so you don't fool with them,' he said.

The lecturer who in an exclusive interview with this reporter after the speech said it was worth that President Obama is urging America to support multilateralism because America alone will find it difficult to deal with Russia.

Shift in US foreign Policy
The political science lecturer said contrary to opinions that America has shifted in its foreign policy orientation and is focusing more on economic other than military; the US was instead adjusting itself to meet the changing demands of the world.

'The speech was about realism and not economic diplomacy, [just that Obama] is not a hardcore realist but he appreciates that America should not shift its responsibility to play the role as a global leader and admitted that where there is the need to use force, especially in defense of the interest of America, they will use force.'

Commenting on the four thematic areas discussed by Obama, Dr. Iddi believes Obama was spot on and explained further that the amount of $5billion dollars pledged by Obama to counter terrorism was not the only amount the US would use in countering terrorism.

According him, he is privy to information that every year, the US votes specific amount of money to counter terrorism around the globe.

'So if you are looking at it that the budget for counter terrorism is $5 bn [then] it's no because the 5 billion is going to support existing projects and programs in countering terrorism all around the world including Africa.'

Obama, he said, can always go back to Congress to ask that more money is voted in countering terrorism as according to him, the 'US is committed to fighting terrorism.'

'There are even some congressmen and senators who think Obama is not doing enough and they think they should be voting more money to counter terrorism.'

Can Obama be trusted?
He said Obama's background as a student of law and lecturer in constitutional law makes him trust the current US administration to use diplomacy other than force in the world.

Obama's background, he adds, has also contributed to his administration remaining more committed to issues of international law and order compared to George Bush who was a business student.

'Obama presidency for the past four to five years has always been defined by legality and he is a strong supporter of International law and he is one person who thinks even though America has all the powers, they should act within international law.'

The issue of US assisting countries engaged in peace keeping, to him, is no news as the US has always been involved in the training of various peacekeepers around the globe, adding Ghana has always been a beneficiary of such scheme.

Threat of china
Contrary to suggestions that China is a threat to US interest across the world, especially Africa, the Legon lecturer thinks otherwise as he claims the likes of China and other BRIC countries largely depend on the United States to have their economies stay strong.

'China, given as economically powerful as it is, is still far away from where America is and the economic power of China is dependent on America's own factorsthe economy of China and America would both want each other to be strong.'

China and other countries, especially the BRIC countries, would only be 'strong' if America wants them to be strong.

'America has to sell military secret to China and America is not giving it to them, China is stealing it and America is finding ways to stop thatso there is no way that can be achieved.'

Thus to him, America will not fall like the Roman empire or the British empire as America is a unique braid of countries which not would commit the mistakes these states committed.

Obama and Africa
On Africa, the University lecturer called on Africans to suppress their hopes of Obama helping Africa unilaterally as the US neither has a Democrat or Republican interest when it comes to helping Africa or any region of the world.

Most areas to be cultivated by Africa, the lecturer continued, have already been done by preceding American presidents.

He said while Clinton paid attention to investment and security in Africa, George Bush focused more on security and health.

'Obama is saying he will pay more attention to counter terrorism and will continue to support food security, energy supply and health.'

Thus, he called on Africans to trust Obama on delivering on his promises if indeed Congress approves of his initiatives.

He cited the recent visit to Ghana of the commerce secretary as example pointing out that that is evident that the Obama administration is committed to helping Africa's energy sector.

He nonetheless advised America to support its citizens to continue to remain economically powerful so as to remain a superpower for the next century as Obama claims.