By Reporters Without Borders 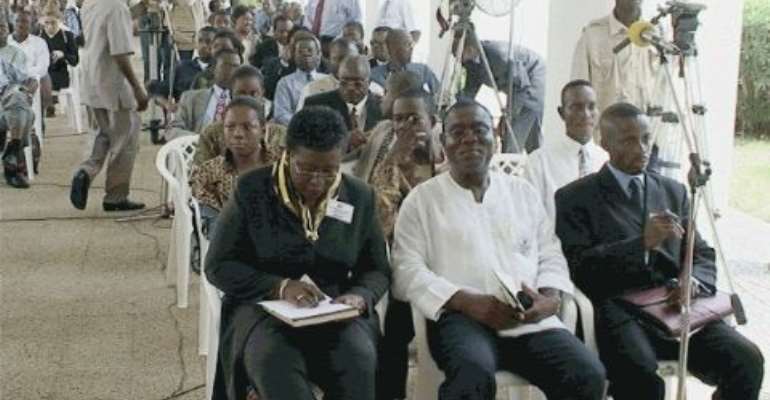 Ghana is one of the African countries that most respect press freedom. The news media are able to operate freely despite isolated threats and harassment from individuals or local political leaders.

Press freedom violations fell sharply in 2003 in Ghana. There was no repetition of the violence between rival clans that convulsed northern Ghana and led to physical attacks against journalists in 2002. Ghana has become a centre of stability in a region shaken by the crisis in Côte d'Ivoire. Free expression benefited from this stability.

However, as is the case every year, the Ghanaian news media were guilty of many excesses. On 1 April (April Fool's Day), for example, newspapers made up such news stories as the new education minister's resignation and an armed attack on a radio station, prompting heated criticism from civil society organisations. Journalists threatened The National Reconciliation Commission received an anonymous letter on 1 April 2003 containing death threats against Kweku Baako, editor of the magazine Crusading Guide, and Baby Ansah, editor of the Daily Guide.

An intruder forced his way into the offices of the Ghana Palaver newspaper on 23 April, smashed equipment and asked to speak to the editor, Jojo Bruce Quansah. "Tell that man to stop writing rubbish," intruder said. "If he doesn't stop his filth, we will deal with him, we will wipe him out." Quansah was present during the incident and said afterwards he was lucky the intruder did not recognise him.

Nii Adjetey Sowah, the correspondent of The Independent in the south-eastern region of Volta, was threatened with death in a telephone conversation on 25 May 2003 with Chris Azawuda, a local leader of the ruling New Patriotic Party (NPP), because of an article accusing him of embezzlement. Harassment and obstruction Asante Ansong, a lawyer and chairman of the eastern section of the Ghanaian Bar Association (GBA), insisted that several journalists covering a trial in Nkawkaw (150 km north of Accra) leave the courtroom on 11 April 2003. This was the second display of hostility toward the press in a few months by this lawyer. Ghana adopted a new law on 11 June requiring both domestic and imported publications to be registered with the National Media Commission (NMC) within 30 days of the first issue's appearance. Refusal or omission was punishable with a fine or up to 12 months in prison.

Orando Yanquoi, a Liberian freelance journalist working in Ghana, was insulted and manhandled by police who ejected from an Accra police station when he was trying to cover an arrest on 26 June.

We must tackle poverty as national security threat – Parliam...
29 minutes ago