Nana Addo Will Win NPP Flagbearer Race By A Landslide 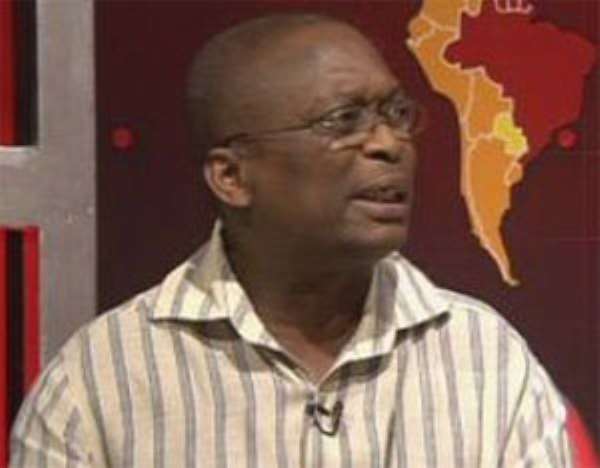 Editor-In-Chief of the New Crusading Guide newspaper, Abdul Malik Kweku Baako Jnr, has asked the leadership of the opposition New Patriotic Party (NPP) to crack the whip as internal wranglings within the party intensifies.

It surprises him that some members of the NPP who are supposed to be neutral and thus bring unity are rather spearheading some of the ongoing controversies concerning the flagbearership position of the party.

Even though the date set for filing of nomination is about two months away, some supporters of flagbearer hopefuls, especially Mr. Alan Kyerematen and two time flagbearer, Nana Addo Dankwa Akufo Addo are already at each other's throat.

Supporters of Nana Addo have asked Alan Kyerematen to step aside and allow the two time flagbearer to go 'unopposed'.

A youth wing in the Greater Accra branch of the NPP on Monday called on all other aspirants to back off because, according to them, a third chance for Nana Addo is 'commonsenseThe only means of getting power now is to get Nana Addo to lead the party'.

However, another group calling themselves 'Get Alan Kyerematen Elected' (GAKE) threw caution to the wind and verbally attacked Nana Addo.

'How can a 72-year-old Nana Addo overturn 323,663 votes of 57-year-old John Mahama, who doubles as an incumbent president? If Nana Addo had something positive for the NPP, he could have done so in both the 2008 and 2012 general elections. It is thus imperative for the NPP delegates to replace Nana Addo with Alan Kyerematen in the upcoming NPP Congress. It is the belief of GAKE that Alan, who is the last John to complete the 'John hierarchy' in the 4th Republic; after John Rawlings, John Kufuor, John Mills (late) and John Mahama, has all the qualities that Ghanaian voters are looking for' GAKE said curtly on Adom FM, Wednesday.

But contributing to a panel discussion on 'Kokrokoo', Kweku Baako described the 'verbal diarhoeaa' and the back and forth exchanges as unnecessary and needless.

'The man has already said he will not want to go unopposed and so I was surprised this came out. Had it not been the respect I have for the constituency youth organizers, I would have said that it was a piece of infantile nonsense. Nana Addo doesn't need that. It was needless and unwarranted. It will not even help the party. It is so clear that he is the leading aspirant and if you believe he is the best candidate to market, why do you want him to go unopposed? It is good that that idea has been shot down. The same goes to those supporting Alan'

He said 'the new leaders of the party must realize that these things have serious consequences. The new leaders must be able to take actions, not necessarily dismissing or suspending, but issuing public queries. They must show that they are ready for action' as far as disciplinary measures are concerned.

Kweku Baako also added that: 'if I look within the crystal ball, it is so obvious to me that Akufo Addo will emerge winner. It will almost be a landslide. Now, those attacking his personality; how are they going to market him to win the 2016 presidential elections if he emerges the winner of the flagbearership race? What that brings on board is a certain level of inconsistency and lack of principle'.