Feature: Pan-Africanism and the World Cup 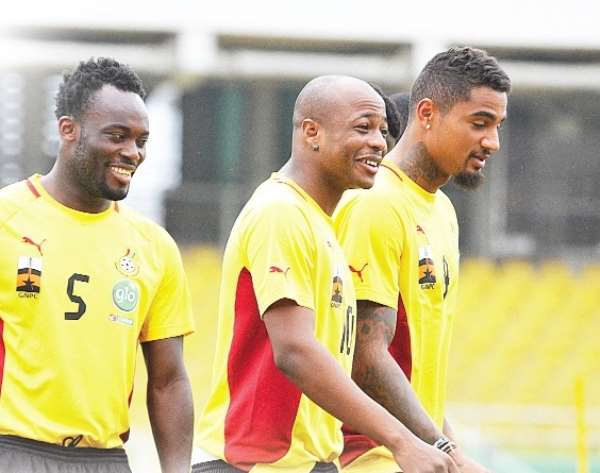 African soccer fans always seem to have a story about where they were when the Ghanaian national team came achingly close to qualifying for the semifinal stage of the 2010 World Cup, which was held for the first time on African soil.

No African team had ever made it past the quarterfinal round of the world's most-watched sporting event. And in Johannesburg's Soccer City stadium that July 2, Ghana came within a hair's breadth of making history, before crashing out in controversial circumstances when a Uruguayan player's outstretched arm stopped a near-certain Ghana goal as the clock ticked down.

When Ghana missed the resulting penalty shot, African spirits plunged. The shared gloom reflected a unique aspect of how Africa watches the World Cup. Because the continent has the world's most artificial national borders, sports have a way of inspiring pan-African unity. Regardless of nationality, most Africans support whichever African team is coming up against a rival from elsewhere. Unfortunately, this sense of community that transcends borders is not shared by the continent's leaders, many of whom seem determined to block any opportunity for greater inter-regional cooperation that arises.

Though heads of state routinely sign on to pledges of greater pan-African unity, they almost always proceed to do little. Though the concept enjoys wide popular support, most national leaders maintain highly nationalistic attitudes, even though their people, as a rule, do not. When it comes to interregional trade, for example, old colonial borders still serve as solid dividing lines, even though the illogic of many arbitrary boundaries continues to hold back Africa's collective prospects.

One region that has made more progress than most in fostering integration is the East African Community, which introduced a Common Market protocol in 2010 that is expected, when it becomes fully effective in 2015, to create a single market of at least 135 million people across five countries. Yet the initiative has drawn strong criticism. Kenya's former attorney general, Charles Njonjo, echoed the language of Euroskeptics recently when he warned in an opinion article in The East African: “Experience shows that Britain has benefited from remaining outside the euro and maintaining the pound sterling with their queen on it. So, too, for Kenya.”

Such attitudes do little to boost Africa's prospects, which would be much improved if we paid far less attention to the European demarcations of Africa's borders at the end of the 19th century that have brought us some of the world's most oddly shaped nations. The boundaries of the more than two score sub-Saharan countries cut across religious and ethnic divides. Sixteen are landlocked, including six of the 10 countries at the bottom of the United Nations' Human Development Index. Landlocked countries face severe economic constraints, in part because they depend on the infrastructure of their not-always-sympathetic maritime neighbors.

African leaders may pledge to resolve these problems, but they rarely go beyond rhetoric. A few examples:

In 1999, African leaders signed on to an open skies agreement to deregulate air services in transnational markets. To date, however, Zambia, Swaziland and many other landlocked countries have yet to implement the accord, even though it would cut transportation costs and, the World Bank estimates, raise flight volumes by about 20 percent.

Inefficiency in many African ports contributes to the high cost of goods and hits consumers in landlocked countries particularly hard. On average, delays at customs in Africa last 12 days, double the delay in East Asian ports. Over the past decade, only about 12 percent of total African trade was within Africa, while 40 percent of all North American trade was among North American countries, and 63 percent of all West European trade was with other West European nations, according to the African Union.

To be sure, Africa's more progressive leaders are fighting protectionist attitudes. At the annual meeting of the African Development Bank on May 22, President Paul Kagame of Rwanda told fellow leaders that the continent's “most important challenges cannot be tackled by any country on its own” and that “deeper regional and continental integration is not only good for Africa, it is good for investors and trading partners. It makes it easier and cheaper and less risky to do business in Africa.”

President Jacob Zuma of South Africa voiced a similar theme at a conference on Feb. 3 in Johannesburg, declaring that the continent's economic future would have to be “underpinned by greater levels of intra-Africa trade.”

For many Africans, the old borders are ignored. The Maasai people, for example, have grazed their cattle across the Kenya-Tanzania border for decades. And a straight line on the map marking the border dividing Kenya and Uganda means nothing to families like the Aworis, members of the Samia people who straddle both lands. They've produced one member, Moody Awori, who served as vice president of Kenya from 2003 to 2008, while a younger sibling, Aggrey Awori, was appointed to the Ugandan cabinet in 2009 and served until 2011.

This kind of story is repeated across the continent, but it is one that Africa's leaders tend to forget or ignore. Perhaps they will be reminded next month, when five African teams — Ghana, Cameroon, Nigeria, Ivory Coast and Algeria — compete for the World Cup in Brazil. Across the continent, fans will root for whichever team comes out on top.

Murithi Mutiga is an editor at the Nation Media Group in Kenya.