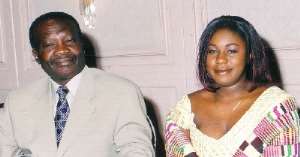 The Ghana High Commission in Ottawa wishes to announce to the Ghanaian Community in Toronto and its environs, and to the general public, that the Ghana Consulate-General at Toronto will start to issue visas and other travel documents from Tuesday 4th May 2004.

This follows the formal withdrawal of two of its diplomatic staff from the High Commission to undertake full consular duties at Toronto. Approval was granted by the Canadian government on 16th March 2004 for Mr. John Kwame Boahen, Minister at the Ottawa Mission, to serve as Ghana's Consul General at Toronto. Miss Augustina Konadu Ntim, Third Secretary at the Mission will also serve as Vice-Consul at the Consulate.

The High Commission will collaborate with the Consulate in its work to ensure satisfactory service to the Ghanaian community and the general public.