Alan Preaches Unity In NPP At Meeting In Charlotte, USA

By Alan For President Team 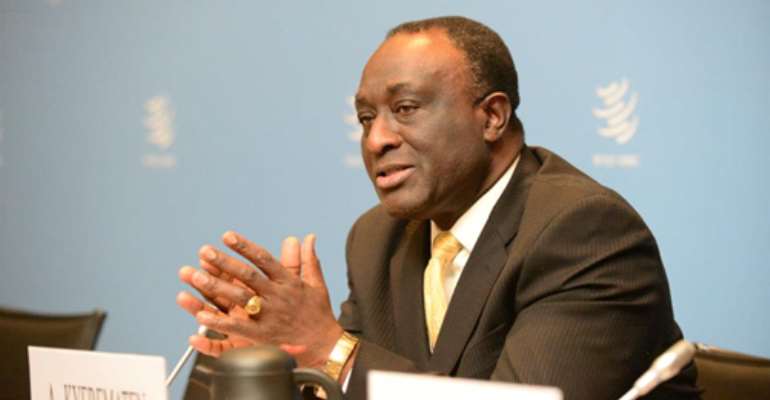 Alan Kyerematen a leading member of the NPP held an informal meeting with executives and members of the NPP in Charlotte, North Carolina in the USA on Wednesday, 21 May whilst on a private visit to the United States.

He expressed hope and optimism about the chances of the NPP returning to power in 2016, but indicated that this will not happen by chance and would require very serious strategic thinking and introspection on why the party lost the last two successive elections including the issue of voter psychology. According to Mr Kyerematen a necessary condition for victory in 2016 would be to reenergize the party base at the grassroot level.

This would require first the party to forge a united front at all levels. In his opinion, leading members of the party and their followers must not only talk about unity, but must reflect this in their actions, particularly by being tolerant of opposing views on any subject matter of dialogue within the party. He made reference to the NPP primaries to elect a flagbearer in 2007 when for the sake of promoting peace and unity in the party; he offered unconditionally not to contest the run-off but to support Nana Akufo Addo to lead the party.

In his response to questions about the current state of the economy, Alan pointed out that the continuing deterioration in the economy is clear evidence that the overall strategic approach of the Government in managing the economy is not yielding the desired results. In his view the Bank of Ghana policy interventions to mop up excess liquidity by driving up interest rates to contain inflation, is counterproductive.

It is rather acting in the opposite direction. He also made reference to the fact that the BOG's failure to address the depreciation of the cedi will have catastrophic effects on the economy in a way that will significantly reduce the level of both domestic and foreign investments, and further worsen the problem of inflation.

Mr Kyerematen, who is expected to contest the New Patriotic Party Presidential primaries, commended the high level of organizational efficiency and commitment of the Charlotte Branch of the NPP.