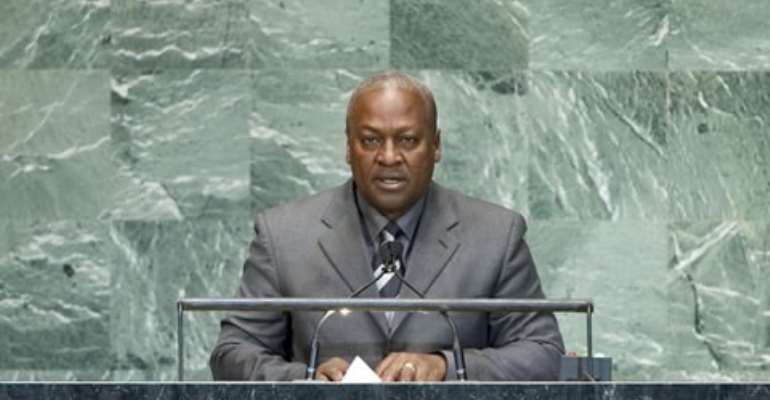 The Chairman of the Economic Community Of West African States  (ECOWAS), President John Mahama has summoned sub-regional leaders for a meeting in Accra on Friday, May 30.

The meeting, which will come off at the Mövenpick Ambassador Hotel, is expected to discuss important issues affecting the sub-region including the Boko Haram threat in Nigeria.

Presidential Spokesperson Ben Dotse Malor told a media briefing at the Flagstaff house, the meeting is part of the president's efforts to enhance security and regional integration in the sub-region.

The President only yesterday asked Ghana's Armed Forces to keep an eye on the threats of Boko Haram which is now becoming a global problem.

The militant group based in Nigeria has taken responsibility for a number of bomb blasts which killed hundreds of citizens.

The latest kidnap of some 200 school girls has infuriated many world leaders who are uniting to stop the Boko Haram insurgence.

Dotse Marlor said a range of issues "of urgent and mutual consent will be chosen by the Heads of States for discussion."

Activities for the meeting, Ben Dotse Malor outlined, include, a welcome address by President Mahama, a presentation by the President of the ECOWAS Commission Kadré Désiré Ouedraogo, a close session meeting by the leaders, and a press conference.