All Quiet On the Labour Front? 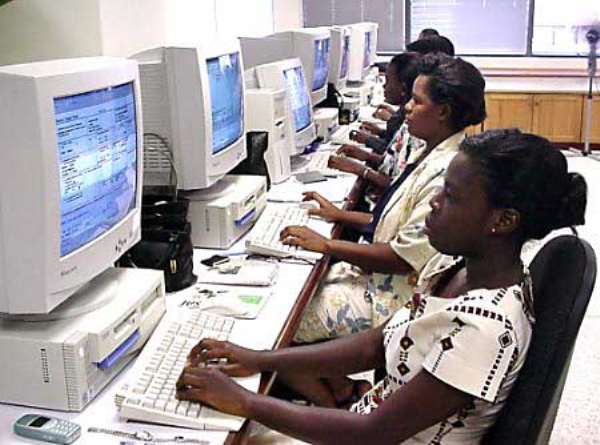 EDITORIAL by Chronicle: As workers prepare to celebrate May Day which falls today, May 1, it is imperative that we ask whether Ghanaian labour has any good thing to be happy about or worth celebrating?

The Chronicle poses this question in the face of the continuing hemorrhage of our skilled labour as people abandon the country to seek greener pastures in foreign lands. One only has to go to the embassies of western countries like the United Kingdom, the Netherlands, France, Germany, Canada and the United States to see the long queues of visa-seekers to really understand the gravity of the problem.

Day in and day out we hear reports of nurses, doctors and other health professionals who have left our hospitals and clinics for overseas because they cannot continue existing here in limbo when there are better opportunities elsewhere.

We concede that compared to the late '90s, when there was constant turmoil on the labour front, with workers in many sectors going on strike on almost a daily basis, these are relatively calm and untroubled days.

As a matter of fact the minimum daily wage has now passed one dollar for the first time and with the passage of a new Labour Law, it would seem that the current government, in spite of our HIPC status, is doing what it can to ameliorate the working conditions of Ghanaian labour.

Certainly government has no magic wand to simply wave and 'presto', there would suddenly appear rows of factories, farms and what have you, looking for workers to fill a thousand and one vacancies. Were it that simple then surely beggars would be riding horses!

However, The Chronicle believes it is the duty of government to create "the enabling environment" that could attract businessmen and investors, both local and foreign, to open productive ventures, which can employ our ever-growing labour force, instead of the current situation where factory premises have been taken over by religious bodies and turned into churches.

The NPP, after promising to radically transform the labour market during the 2000 political campaigning, must sit back and ask itself some hard questions: has it made any significant impact on the labour front? Has it been able to fulfil its campaign promises to the good people of Ghana, especially in providing jobs and improving the lot of Ghanaian workers?

We know now, that politicians can promise the sky in order to win votes but when it comes to actualizing these promises, excuses are found to explain why things cannot be done as promised. Perhaps that is the unfortunate nature of politics. But let us caution that the electorate of this country have not only grown but have also seen through these political shenanigans and in many ways respond in kind during election times. Our politicians must tread carefully.

The crux of the matter is that although all appears to be quiet on the labour front, there are many disturbing undercurrents that threaten to burst out and a truly responsible government must not be deceived by the apparently calm conditions now prevailing countrywide.

Serious measures to create sustainable jobs must be taken to avoid any latent explosions. We strongly believe that our salvation lies in our own hands and over-dependence on our so-called development partners and donor agencies will never lift us out of the economic doldrums.

Until we create conditions that will encourage our skilled labour to stay and positively contribute to our economic growth, this country can never aspire to reach the heights we wish to attain: a middle-income earning country.

With our current economic growth rate, this will continue to be a mirage. We must try to emulate the bold and daring but initially painful methods that the Asian Tiger countries used to get where they are now.

We must remember that in this competitive world, those now on top would like to maintain the status quo - at our expense. We must break our own chains of dependence.

There is no other way.