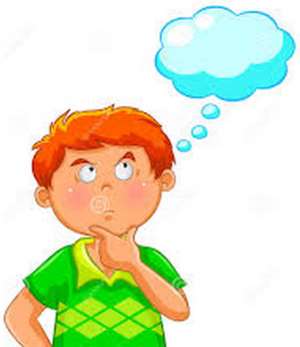 In order to function optimally, the human organism requires that all mental functions - feelings, thoughts, memory, conscience, sensory perception (sight, sound, touch, smell, taste), truth register, intuition- must be developed and readily involved, without interference, in our life. If this happens, then all of these individual functions will play an integrated role in determining our behaviour in any given circumstance.

Under these conditions, the behaviour that would be generated should not be described as 'intelligent' or as 'emotionally' or 'sensorily' driven: such behaviour should be described as 'aware' because it is based on a synthesis of all of the feedback our various mental functions can give us and the judgments that arise, in an integrated way, from this feedback. If we prioritise one function as more important, if we suppress our awareness of one or more functions (for any reason), then we disable a part of our holistic functioning to our detriment.

Many modern humans like to think that we are 'intelligent' and that it is this intelligence - which is somehow supposed to have superseded something more 'primitive' and 'instinctive' - that makes us 'superior'. I believe it is the fact that humans have the potential to be integrated - making optimal use of millions of years of evolutionary pressures in so many respects (and which produced colour bifocal vision, for example) - that defines our true potential. I also believe that we are well short of reaching this potential so far, with the exception of the rare individual.

In brief, it is clear to me that I am more complete if I am 'aware' of and utilise all aspects of my being in an integrated way. If I am fully aware, then I learn quickly and easily or insight simply 'drops' on my being when I need it. There is no 'work', such as 'thinking hard', involved at all.

Evolution has given each human being, at birth, the potential to develop a diverse range of emotions as one part of the sophisticated capacity they can use to respond immediately and appropriately to each unique circumstance that unfolds throughout their life. Unfortunately, human socialisation (which I call 'terrorisation') and, particularly, the 'invisible' and 'utterly invisible' violence that this entails, systematically destroys the human capacity to utilise emotional responses beyond those very few which are socially acceptable in the cultural context. See 'Why Violence?' http://tinyurl.com/whyviolence and 'Fearless Psychology and Fearful Psychology: Principles and Practice' http://anitamckone.wordpress.com/articles-2/fearless-and-fearful-psychology/

For example, if you prevent a child from behaving in accordance with their fear, they have no choice but to suppress their awareness of this fear. And this has disastrous consequences for the individual and, therefore, for us all.

In contrast, if we let children have their feelings from birth, and act on them as part of their integrated Self, no one would acquire the vast backlog of unfelt feelings which we then need to spend enormous energy fearfully suppressing for the rest of our lives while they continue to generate a phenomenal array of dysfunctional behaviours. This ongoing suppression, of course, only exacerbates our individual and collective dysfunctionalities frightfully and now manifests, for example, in having us on the brink of precipitating our own extinction, which I would have thought is quite unintelligent as well as being unaware.

The problem is that modern human society is utterly antithetical to a wholesome human existence - what child wants to sit, bored out of their brain, in school all day? - but we can only make modern humans into compliant slaves by terrorising them into suppressing their awareness of how they feel and what they think. If we didn't do this, an aware child would try school for ten minutes, promptly proclaim it boring and walk out. But we aren't going to give children that much freedom are we? If we
did, they might learn something for themselves that we don't want them to learn! Freedom is too frightening: better to talk about it but do something totally other. Or limit 'freedom' to ourselves which, of course, makes it meaningless.

If you wish to join the worldwide movement to end all violence and to create Self-aware individuals, you can sign online 'The People's Charter to Create a Nonviolent World'

The potential to achieve Self-awareness is an evolutionary gift. It must be nurtured. It is easily destroyed.

Robert J. Burrowes has a lifetime commitment to understanding and ending human violence. He has done extensive research since 1966 in an effort to understand why human beings are violent and has been a nonviolent activist since 1981. He is the author of 'Why Violence?'

http://tinyurl.com/whyviolence His email address is [email protected] and his website is at http://robertjburrowes.wordpress.com