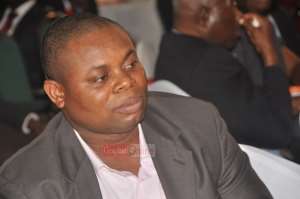 The Founder and Executive Director of IMANI Center for Policy & Education, Mr Franklin Cudjoe, has suggested that the government should use Ghana's Heritage Fund for infrastructural projects, only if it can manage the fund prudently.

Mr Cudjoe said IMANI Ghana “advised government” about four years ago to resort to the fund. However, he expressed doubt about the ability of the government to manage the fund prudently.

The Heritage Fund is strategic endowment reserve set up to “support the development for future generations when Ghana's petroleum reserves have been depleted”, according to the Petroleum Revenue Management Act of 2011. The fund receives nine per cent of the country's annual petroleum revenue.

Mr Cudjoe's comments come after the General Secretary of the National Democratic Congress (NDC), Mr Asiedu Nketia, reportedly called for the Heritage Fund to be used to mitigate the challenges currently confronting the economy.

“In this current situation that we find ourselves in, it doesn't make economic sense to be keeping any money called Heritage Funds,” Mr Nketia was quoted as saying in a report by Citifmonline.com.

According to the report, Mr Nketia argued that the fund - which is held outside the country- was earning just about one percent in interest, and that it did not make sense for the government to be borrowing at interest rates of between five and eight percent to develop infrastructure when money from the fund was available.

While expressing support for Mr Nketia's comments, Mr Cudjoe questioned the government's track record when it comes to managing resources.

“Actually, I agree with the NDC general secretary on the suggestion that we use our heritage oil fund to fix infrastructure gaps, something IMANI advised government to do 4 years ago,” the Imani chief begna in a Facebook post. “But will I trust the government to use the heritage fund prudently? Not in the face of how flagrantly it has abused the other oil receipts,” he pointed out.

Mr Cudjoe's skepticism in respect of Ghana's management of its oil revenue has been echoed by a section of the public, including the Minority in Parliament.

Accusing the John Mahama administration of mismanaging oil revenues, the Minority Monday vowed to resist any attempt by the government to dip its hand into the Heritage Fund.

He said although the investment was not yielding much interest, it was prudent not to use the money.

This, the former Minister of State, explained was because Ghana's oil resources would likely run out in the next 25 years, leading future generations to fall on the fund.

Dr.Akoto-Osei said instead of turning its attention to the Heritage Fund, the government should deal with corruption which, he said, had characterised the management of the economy.

He also urged the government to start by retrieving monies which, according to him, had been embezzled by officials of the Ghana Youth Employment and Entrepreneurial Development Agency (GYEEDA) and the Savannah Accelerated Development Agency (SADA).