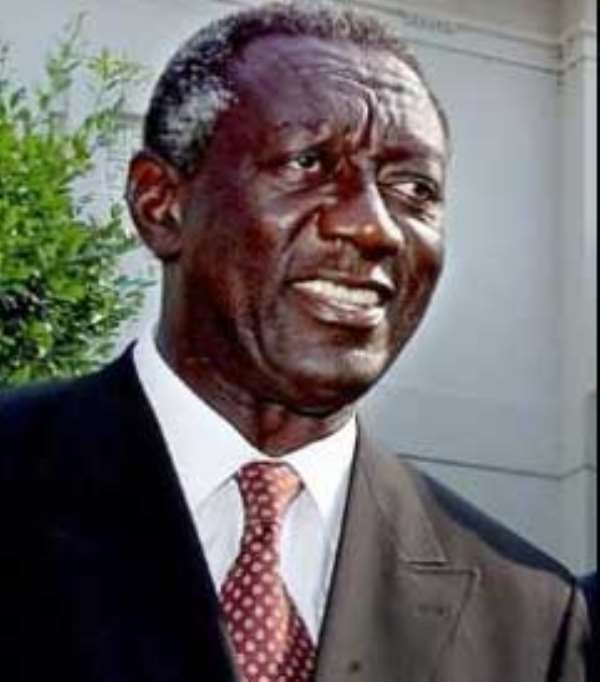 ...FOR A THREE DAY OFFICIAL VISIT TO THE UK. The President , H.E Mr. John Agyekum Kufuor has arrived in London to begin a three- day official visit at the invitation of the British Government.

Tthe President was presented with a bouquet by Ms. Vanessa Magnusen, an eight year old pupil of Donnington Primary School in north London after a ceremonial carpet-lining formed by the Royal Air Force of the Queen's Colour Squadron.

While in London, H.E President Kufuor will confer with the British Prime Minister Rt. Hon Tony Blair at the number 10 Downing Street on economic and bilateral issues. He will also hold talks with Baroness Valerie Amos, leader of the House of Lords, Rt. Hon Hilary Benn, Secretary of State for International Development, and other senior officials and some leading British business executives.