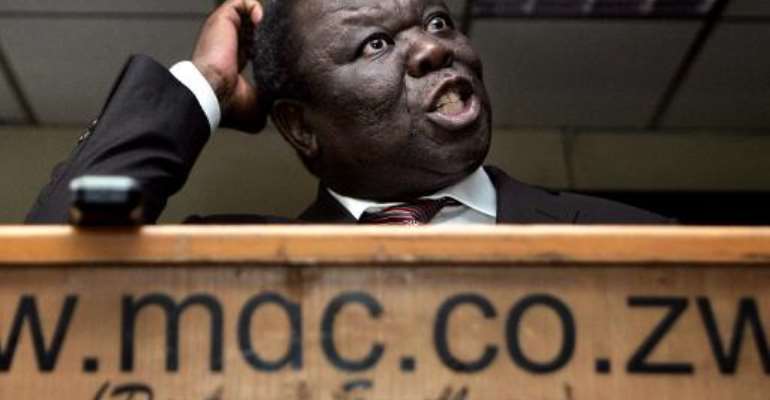 Former prime minister Tsvangirai moved to regain control of the party he has led since its birth 15 years ago, and which appears set for an irrevocable rift.

The MDC's national council voted to expel ex-finance minister and party stalwart Tendai Biti and all members of a group who on Saturday voted to suspended Tsvangirai as leader.

Tsvangirai rubbished that meeting as "illegal, unconstitutional, illegitimate and bogus".

The infighting leaves the MDC's future in serious doubt just months after it suffered a crushing electoral defeat at the hands of Mugabe -- who in July last year extended his 33-year rule despite serious doubts about the fairness of the poll.

Mugabe's victory prompted much soul searching among the opposition, which had reluctantly formed a power-sharing government with Mugabe for the four years before the election.

Biti, who had been secretary general of the party, was among those who called for a fiercer opposition to Mugabe and his ZANU-PF party.

Tsvangirai said there would be a party congress in October.