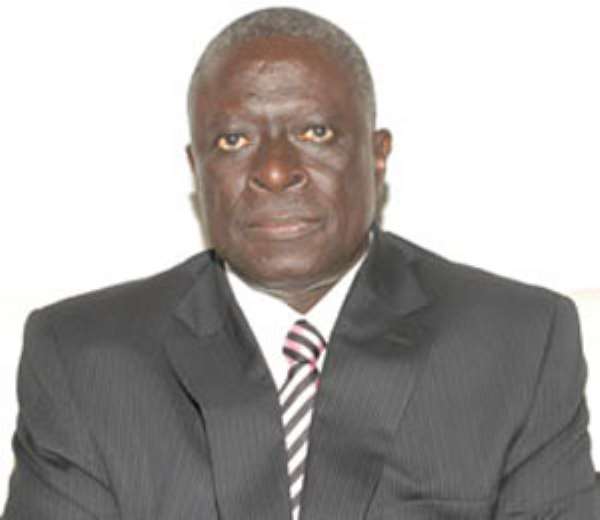 Paul Victor Obeng
Paul Victor Obeng, Chairman of the National Planning Commission, has stated that Ghana is experiencing crisis of transition from a lower-income country to a middle-income status.

He said as a result of this, certain grants and financial privileges accorded the country would not be forthcoming.

Speaking to workers at a symposium organised by the Tema District Council of Labour of Trades Union Congress (TUC) recently on the theme: 'Ghana's Economy: Concern for all,' Mr Obeng called for support and patience as government engaged Ghanaians to manage the transition which he said had raised hopes and expectations.

A draft of a new economic model, which seeks to break the vicious economic cycle which Ghana has endured over the years, would be outdoored in May, according to him.

'It is the product of our experience, vision, desires and aspiration as a people who want to reconstruct the very foundation of our economy. We are charting a new economic planning path where the activist role of the State would be paramount.'

He said all manner of persons would be invited to scrutinise the model to make it more transformational, diversified and devoid of the inequality factor.

He added that 'the state, as an interventionist in socio-economic matters, would ultimately insolate the vulnerable from the pressures of economic transformation while encouraging them to join the crusade of national transformation.'

'We have an opportunity to deliberate on matters of national importance. Let's debate to determine what idea is convincing and work at it. That would be a multi-party political dividend.'