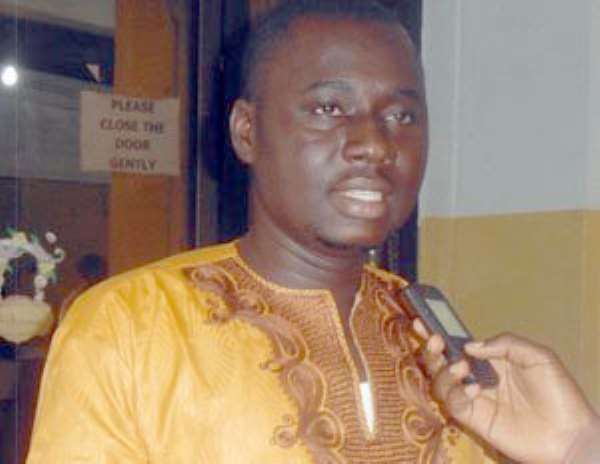 Atik Mohammed
Policy Analyst for the People's National Convention (PNC) Atik Mohammed has described the presence of former President John Agyekum Kufuor at the launch of Fortiz/Merchant Bank as not only betrayal but an alarming.

To him, the former president's action raises suspicion prior to the sale of Merchant Bank to Fortiz Equity Fund.

Prior to the take-over of its 90 percent shares by Fortiz for GHC 90 million, members of the New Patriotic Party, found it extremely intriguing that government could turn down bids from multinational companies which offered a higher sum for a lower percentage shares.

The sale of the bank developed into a running debate and majority of NPP MP's raucously voiced their opinion about it. They raised several points but their centralized message was that the sale of Merchant Bank to Private Equity Fund, Fortiz, was simply a fraudulent deal.

President John Kufuor and Kwakwo Mpianim
The issue however took a new twist when former President Kufuor and former Chief of Staff, Kojo Mpiani graced the official rebranding exercise of Merchant Bank. Some members of the NPP have described the move by their former leader and his Chief of Staff as an act of betrayal.

Speaking to the issue in an interview with the host of Ghana Decides program on Okay Fm, Atik Mohammed averred that the action of Mr Kufuor and his then Chief of Staff gives room for speculations that he has interest in the controversial sale of Merchant Bank as it was during his tenure that the loan was secured from Merchant Bank by Ibrahim Mahama.

Describing the presence of ex-President Kufuor at the launch of Universal Merchant Bank as against the stance of his own NPP that vehemently kicked against the sale, Atik Mohammed posited it is 'alarming and raises suspicion of his involvement in the sale of Merchant Bank to Fortiz Equity Fund'.

'I respect Former President Kufuor but what he did is something I don't understand….how can he turn around to grace the launch of a bank his party has fought against its sale?…..I am alarmed by what he has done and I think he has given more room for more questions begging for answers,' he pontificated.

Chaos during inauguration of Parliament unjustifiable – Bagb...
29 minutes ago

Bagbin declares NPP as Majority with Fomena MP
29 minutes ago