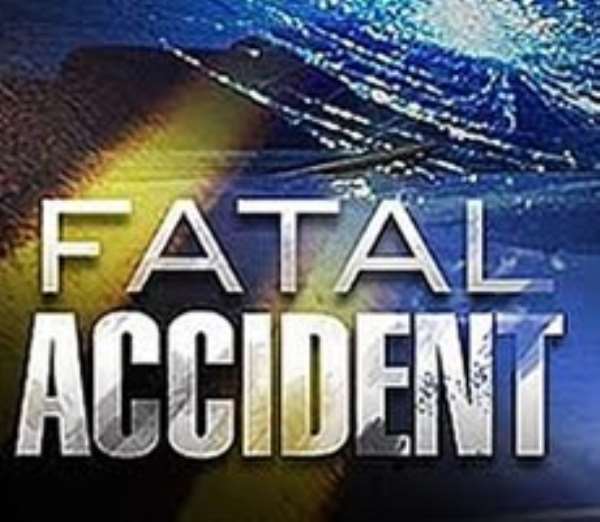 Three more persons have perished in yet another road crash near Ho in the Volta Region, involving persons believed to be sympathisers of the governing National Democratic Congress.

Three other persons sustained severe injuries.
The accident was said to have occurred at Tanyigbe in the Ho Central Constituency on Saturday, when the victims were returning from the funeral of a former ward youth organiser of the party.

According to Municipal Chief Executive for Ho Central District Assembly, Fafa Adinyira, all those who perished belonged to the family of the widow.

She said the victims were seated in the bucket of a KIA pick-up vehicle when the accident occured. The identities of the deceased are yet to be disclosed but the injured have been sent to the hospital for treatment.

It is the second tragedy to have hit the NDC in a day, following the demise of two deputy Women Organisers from Accra and Volta Region - Hajia Adiza Sali and Agnes Tia respectively - in a fatal accident while returning from the funeral of a sister of the First Lady, Lordina Mahama.

NPP may lose 2024 elections if Bawumia is imposed as flag be...
57 minutes ago