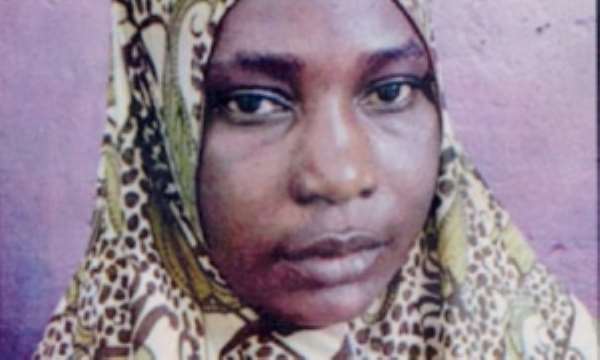 The mother at the centre of the missing baby saga at the Komfo Anokye Teaching Hospital, Suweiba Abdul Mumin has threatened to invoke curses on all the nurses and midwives at the centre of the controversy in a bid to unravel the truth surrounding the circumstances of the case.

In the latest of investigations into the matter, the Nurses and Midwives Council met in Kumasi on Thursday during which the nurses at the centre of the matter presented their case to the council.

Whilst giving their submissions, they were cross-examined by the committee.

Reports suggested that there was a banter between the nurses and midwives at the centre of the controversy and the committee that was set up by the Ministry of Health to look into the matter, thus leading to a halt of proceedings for about an hour due to misunderstandings.

The nurses were said to have accused the committee of siding and speaking on behalf of Suweiba's family.

But speaking later to Luv FM, a Kumasi based radio station, Madam Suweiba Abdul Mumin in an agry and emotional mood said the nurses lied about the incident at the council's meeting.

She said there were inconsistencies in their accounts to the committee that initially investigated the matter and the Midwives and Nurses Council.

She therefore threatened to invoke curses to prevail on them to tell the truth about the whereabouts of the missing baby.

Listen to Suweiba in the attached audio
{mp3}Suweiba_deman{/mp3} Background
On February 5, this year, a baby boy was stillborn at KATH http://graphic.com.gh/news/health/19841-kath-reviews-operational-procedures.html but the body, which was supposed to have been sent to the mortuary by the mortuary attendant, was rather picked up by the cleaner who tidied up the ward that day.

The cleaner, Baba Abeley, claimed to have picked up the box containing the body of the baby and two others and sent same to the incinerator for burning.

Following that, aggrieved family members and friends of the mother, as well as sympathisers, subjected doctors and nurses at the hospital to some beatings. CEO on leave

The Chief Executive Officer (CEO) of the hospital has since been asked to take all his accumulated leave http://graphic.com.gh/news/general-news/20143-kath-missing-baby-saga-ceo-asked-to-proceed-on-leave.html following investigations into the matter.

Chiefs and Queen mothers of Nadowli-Kaleo congratulate Alban...
54 minutes ago