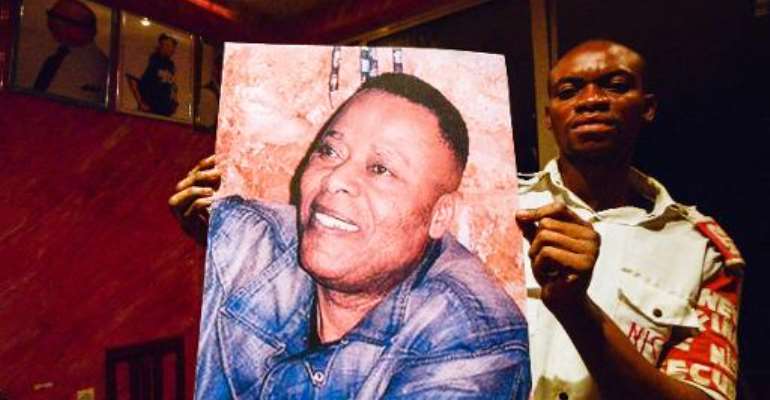 A man holds a picture of late Congolese singer King Kester Emeneya in the bar "Toison d'or" (Golden Fleece) in the Bandal neighbourhood of Kinshasa on February 13, 2014. By Junior D. Kannah (AFP)

Kinshasa (AFP) - At least 14 people were killed when a stampede broke out during a tribute in the Democratic Republic of Congo for a music star who died in February, a spokesman said Friday.

"The provisional toll, which we deeply regret, stands at 14 dead -- including two policemen -- and eight wounded," said Camille Sesep, a spokesman for Bandundu, the native province of the late singer King Kester Emeneya.