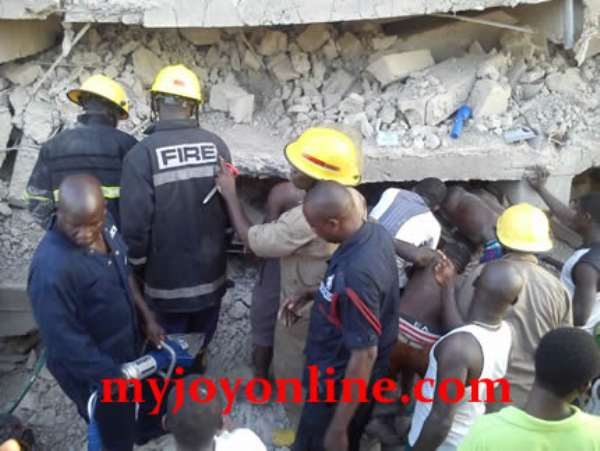 A 28-year-old man and his 4-year-old daughter have died after the walls of their bedroom collapsed on them at Aninkruma near Barekuma in the Atwima Nwabiagya District of Ashanti.

Kofi Boateng, the father and Maame Pokua were pronounced dead on arrival at the Komfo Anokye Teaching Hospital (KATH) after the tragedy on Tuesday night.

His wife, who is five months pregnant, and another child were seriously injured. The two are currently receiving treatment at KATH.

The pregnant woman is said to have lost one leg in the accident as the wall collapsed on her leg.

Nhyira FM's Ohemeng Tawiah reports that the family was asleep when a section of the building gave way trapping them inside for a while before neighbours came to their rescue.

He reports that the five-month-old pregnant mother had attempted to escape with the now deceased daughter but were hit by the falling walls.

The cause of the building collapse has not been established yet.

However, neighbours suspect a heavy downpour early on was a significant cause of the tragic incident.

District Chief Executive (DCE) of the area, Nana Asare-Bediako, who was astounded by the tragic incident has advised people in weak structures to take precaution, especially as the rains set in.

Chiefs and Queen mothers of Nadowli-Kaleo congratulate Alban...
10 minutes ago

I intend to live my my oath – Bagbin
10 minutes ago