The Sun Will Shine Again! 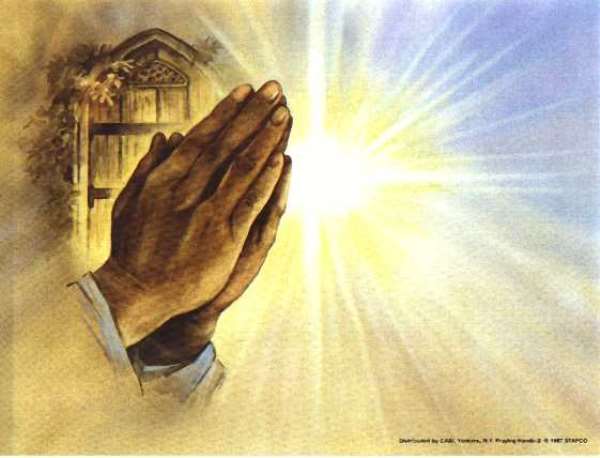 "The terrible storm raged unabated for many days, blotting out the sun and the stars, until at last all hope was gone." "As the darkness gave way to the early morning light..." Acts 27: 20, 33

I am thoroughly being blessed by these messages on the prophetic intervention. My faith and courage are really being enhanced. The word of God is rich, vast, deep and very dynamic. Yes, I have in the past preached from some of these passages, but I think I'm receiving new insights into them. When you love and open yourself up to His word, you'll begin to see things the way heaven sees them.

You will begin to operate in the supernatural. Yes, you will still be a human but will be better equipped to do the will of God on earth. No situation will be able to harass or embarrass you again. Our God is alive and in perfect control of everything that happens in the entire universe. Praise God!

Here, we want to see how God used the apostles prophetically. You know we have been trying to show that there are situations, problems that will only and always require prophetic intervention to solve. Paul was sailing to Rome to appear before Caesar. They were 276 people on board with cargoes. And suddenly the weather changed, the storm arose, the sea became very unfriendly and they were in real and serious danger of all perishing in the water.

God! You will not understand this except you have experienced a serious storm while sailing or flying; you would almost say your last prayers so many times over. Permit me to quote directly some of the fearful words used to describe what Paul and his co-travelers went through, "We had several days of rough sailing, and after great difficulty we finally neared Cnidus. But the wind was against us, so we sailed down to the leeward side of Crete, past the cape of Salmone. We struggled along the coast with great difficulty and finally arrived at Fair Havens, near the city of Lasea. We had lost a time. The weather was becoming dangerous for long voyages by then because it was so late in the fall." The typhoon was so severe that it blotted out the sun and stars and all hope was lost. Terrible!

Did you get that? Please, let's bring out those fearful negative phrases from that situation: rough sailing, great difficulty, against us, struggle along, lost a time, becoming dangerous, so late, so severe, blotted out and all hope was lost. Wow! All these are just to describe what happened on a single journey? Just for Apostle Paul to sail to Rome and stand before the Emperor Caesar, Satan raised such a formidable chain of obstacles.

Yes, the journey was that important to the forces of heaven and hell. God had told Paul that he would take the gospel to the gentiles, and going to Rome was a very important part of that mission. He would (through his trial) release the good news to the ruler of the empire and other Roman citizens. And reaching these people meant getting the heart of the then world. The enemy would have none of these and he promptly mobilized the dark forces in the air and in the water to stop the trip by all cost. He wanted to destroy (sink) Paul, the ship and all the other 275 passengers. But, you know very well that the real target was the word of God that the apostle was conveying. And this is exactly what the enemy is doing to you.

He is throwing all those arrows and obstacles to you just to see that you don't fulfill God's purpose of bringing you to into this world. The fulfillment of your destiny is sure going to deal a deadly blow to Satan and his dark plans. Let him do all he can, but God's purpose will always prevail! I can hear you say, "But my own challenges are so tough." Yes, they are because your destiny is great. I was once worried like you until I discovered God's plan for my life. God's plan for my life is sure a great threat to the kingdom of darkness and the enemy discovered this quite early. This explains why he did everything to stop me. I went through extreme situations from a very young age. Thank God I was divinely preserved.

Yes, I was divinely preserved for His work And God always makes me to know that He preserved me just for that purpose - the gospel! He had told my mother while I was still in her womb that she was carrying a great man of God. She was instructed to name the child (me) Gabriel (God's messenger) and not to shave my hair for a number of years. The enemy has done everything possible to stop this commission but God's purpose has prevailed. Praise God! I will tell this story in full at the proper time. So, I'm not just preaching the gospel by choice, it is mandatory. Like He told Paul that this is what he MUST do. Now, how do you think the enemy will let you rest when he knows that God will use you to set millions of his captives free? How do you think that you will have a smooth sail when you are going to be the voice of God to your generation and to the world? You won't!

His Word Came
When all hope was lost that anybody or the ship could be saved from this imminent disaster, Paul suddenly woke up to declare the intention and the intervention of haven in the situation. He told them to be of good courage that no life will be lost. He declared the authority of his pronouncement - word from the angel of God. He gave direction to the sailors who wanted to abandon the ship to save their own lives. He begged everybody to eat after fourteen days of fear-imposed fasting. He immediately brought bread, gave thanks and began to eat; even as the storm continued.

Praise God! Paul was in perfect control of the situation. Why? Because, he had seen, believed and declared what others were not seeing at that moment. And that is what the prophetic is all about. Getting an 'exclusive' from God and declaring same to help men on earth. His message cheered others up. It brought life and hope back into them. And this is what this message is intended for. The word of God has come for you. There is still hope for you!

Darkness gives way for morning
The bible said that as all these were going on, the long and thick darkness began to give way to the morning light. The Sun began to rise and shine again. Praise God! Things began to look up. Divine intervention will always bring a breaking forth. No matter how gloomy, no matter how dark the situation, once the word of God comes, light will begin to show again. Now, know that no degree of darkness (or night) can prevent the light of a breaking day. The morning will always come. Yes, you have stayed in that darkness for too long, lost all the hope, wasted a lot of time and resources, suffered, harassed, embarrassed and famished, but the light is now appearing in your situation. I command your day to break forth in the mighty name of Jesus! Let there be restoration in your life. Let your sun begin to shine again. Share this message. Till next week, God bless!

Rev Agbo is the author of the book Power of Midnight Prayer and a minister with the Assemblies of God Nigeria. Tel:08037113283. E-mail:[email protected]