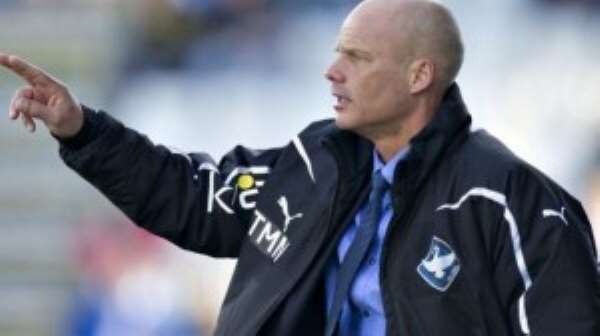 Struggling Ghanaian giants Hearts of Oak have started talks with Danish Tommy Moller Nelsen coach over a two-year contract to take charge of the Accra-based club.

Nelsen has spent the past few days in Accra attending training sessions of the club and watched their 2-1 victory over Bechem United at the Accra Sports Stadium on Sunday.

The 52-year-old Danish coach arrived in the country at the behest of the Phobians and insiders says they have tabled a two-year contract for the trainer's consideration.

“Tom Muller is in Ghana because of Hearts. We invited him to hold negotiations with him because we need a coach in his calibre to handle our club but it will all depend on the final outcome of the agreement between us” a Hearts board member said under the condition of anonymity.

With the Phobians unimpressive under coach Mohammed Polo, the leadership of the club are contemplating reassigning the club's legend to another post at the club.

He could also be sacked by the end of the season which has prompted the decision to bring in Nelsen to steers the affairs of the club in future.

Moller will travel to watch Hearts on Wednesday when they play Hasaacas in Sekondi in their league clash.