You Are A Symbol Of Innocence.....Bishop Tells Impeached Imo Deputy Governor 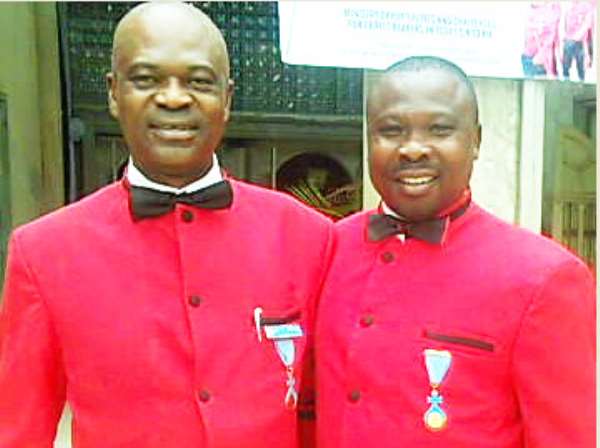 The Bishop of Enugu Anglican Diocese, the Rt. Rev. Emmanuel Chukwuma has described the impeached former Deputy Governor of Imo State, Sir Jude Agbaso, as a symbol of innocence among the political class in Nigeria.

The vibrant cleric made this remark during the funeral service of one of the Anglican faithful, Mrs. Jane Okeke held at the deceased husband's compound in Otolo Nnewi Anambra State.

During the funeral service, Bishop Chukwuma on noticing the presence of Sir Agbaso at the occasion said that the public was aware that the embattled former Deputy Governor who was impeached in March 2013 on allegations of bribery and official corruption was innocent.

'You may think we do not know what happened in Imo State last year. We are aware and the whole world knows. We followed the whole drama very well. We know you (Sir Agbaso) were innocent of the allegations that led to your impeachment. Therefore, when the Economic and Financial Crime Commission (EFCC) later cleared you of allegations, we were not surprised. We all thank God for vindicating you. Today, you carry the symbol of innocence wherever you go…'

It could be recalled that in March last year, Sir Agbaso was impeached as the Deputy Governor of Imo State in what many say was controversial. It is being alleged that the Imo State Government falsely sponsored a Lebanese Contractor Joseph Dina, to accuse Sir Agbaso of collecting a bribe of =N=458 Million for award of road contract in the state. This Sir Agbaso denied and called for proper investigation. However, the Imo State Government hurriedly went ahead to impeach Agbaso.

Recently, events turned around as the EFCC gave a report which says that in the course of investigating the said allegations against Sir Agbaso, that Joseph Dina told the commission that he never gave Sir Agbaso the above sum or any bribe as he (Dina) had earlier stated before the Imo State legislature. Therefore, the Commission later wrote Sir Agbaso absolving him of the said bribery allegations.

Meanwhile, the embattled former Deputy Governor has three suits in court challenging his impeachment. Two of the cases are already at the Court of Appeal. One will be heard on 30th April this year.

Anlo Traditional Area to organise another funeral for Rawlin...
19 minutes ago