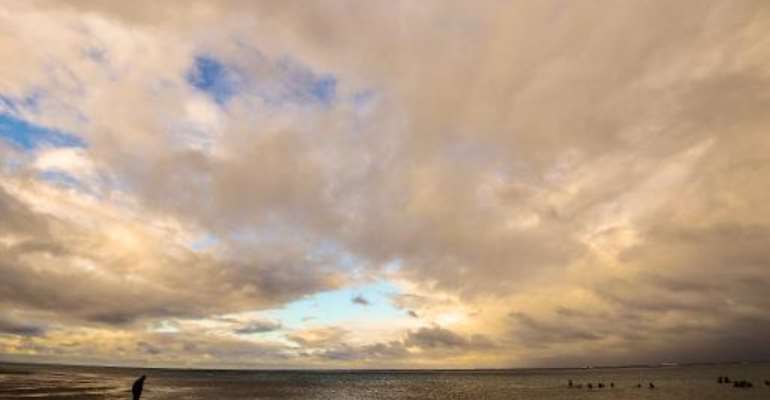 A beach near the coastal town of Tamatave on October 1, 2013. By Alexander Joe (AFP/File)

Ramena (Madagascar) (AFP) - Madagascar has launched an emergency operation to prevent a stricken tanker from unleashing 10,000 cubic metres of crude oil into the postcard-perfect Emerald Sea off the country's north coast.

Jerome Sambalis of Madagascar's port authority said specialist teams are being flown to the Indian Ocean island after the Bahamian-flagged ship Tromso ran aground last Thursday.

The 120-metre (393-foot) vessel has bust one of its two hulls, according to Sambalis.

"The ship's owners have chartered an aircraft from South Africa to send a specialised team and equipment," he said.

It is hoped that the crude can be pumped out of the Tromso and into a ship that is arriving from the Seychelles.

Sambalis said the ship ran aground because of human error.

Tourists at the resort town of Ramena -- packed for the Easter holidays -- looked on as the boat floundered around two kilometres (1.2 miles) off the coast.

The ship was built in 2008 and last docked in the United Arab Emirates, according to data from MarineTraffic.com.