All Political Aspirants Must Weigh And Examine Themselves First 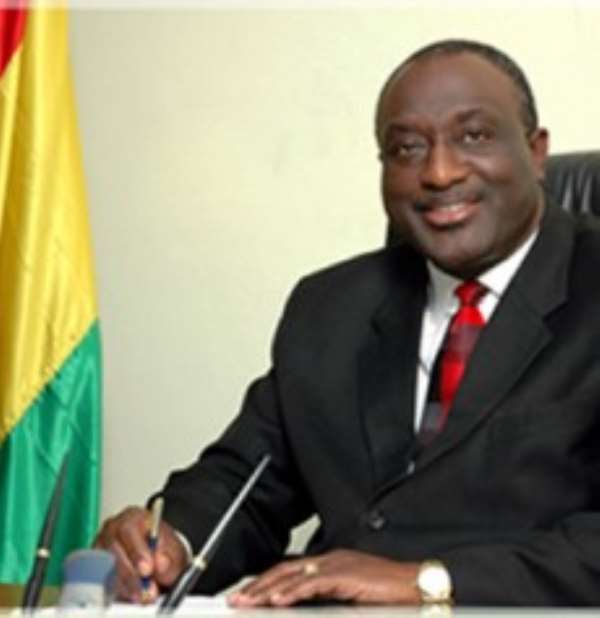 'The Unexamined Life Is Not Worth Living'—Dr K.A Busia

Nana Addo Danquah Akufo Addo who contested in 2008 and 2012 elections but failed to become president is also gunning for a third attempt at the presidency. Although he failed on the two occasions he sees himself as a good enough presidential material for the NPP. He seems to have a good number of supporters and sympathizers in and outside Ghana urging him on to put himself up as candidate for the biggest opposition party in Ghana. Most people feel he is the most credible person in the entire country capable of giving the presidency at the flag staff house a “good chase” in the coming election.

However the bold attempt by Nana Addo seems to be attracting resilience from within his party. Mr. Alan kyeremanteng and his supporters and Dr Konadu Apraku through their media encounters seem to suggest that Nana Addo must give way for another person to represent the NPP at the polls in 2016.

Topmost among the reasons given by these men is that he has failed twice to win the hearts of Ghanaian voters; therefore it is likely he might be rejected once again. However those in support of Nana Addo have a feeling that that argument cannot wash because Nana Addo feeling that he won the elections disputed it in the Supreme Court. Yes according to his follower Nana Addo is not the only person to have sought unsuccessfully the topmost job twice in Ghana.

They cite the examples of former president Kufuor and late President J.A Mills who tried twice before winning to become presidents in Ghana on their third attempts in the years 2000 and 2008 respectively. Followers of Nana Addo often ask why Alan and supporters refuse to remember so soon Alan's failure to get nominated twice by the NPP. Does that mean he is also not credible and capable enough to become a presidential candidate of NPP?

As far as i am concerned the current jostling for power in NPP using hard words is not the best. There is nothing wrong with people canvassing for nomination as presidential candidate of NPP or any other party .But all those wishing to put themselves up as presidential candidates must do so through the laid down processes with patience and words only meant to convince delegates. All such persons must be guided by the full knowledge of what happened to the failed candidates in the past?

All such persons must be guided by the experiences of the 16 of the 17 candidates of NPP who after spending hard cash and other resources failed to be chosen as presidential candidates of NPP in 2008 on the Legon Campus. In that tough exercise only one of the 17 contestants was able to past the test to become a presidential candidate of NPP. Even though the contestants took the path of democracy they would be bitter for losing the election as presidential candidates. However with hindsight it is believed that those who were battered to submission were defeated because they refused to weigh themselves against formidable opposition in the contest.

The advice I wish to give freely to all those wishing to put themselves up to become presidential candidates of NPP or any party including Nana Addo and others are as follows:

• It is quite easy for you to wake up one morning, look yourself in the mirror and decide to go for a contest on account of being young and handsome.

• You need more than good looks and being young to go for political positions.

• All you need is to spend some time and money to conduct an opinion poll on yourself.

• Listen to what ordinary people such as taxi drivers', market women, workers, students etc. would say about you and your ambition to become a presidential material.

• It is only when you do this that you can put yourself up as a candidate. Don't get me wrong if you are young and capable you can vie for political positions.

• But as said earlier don't just rely on your ability, good looks and youthfulness for as has been the case the electorates are discerning and would go for the best candidates irrespective of their age and class in society.

• Therefore if you have extra money to waste when you are not sure of your chances at the polls, spend it on the less privileged to gain access to education and vocational training instead of throwing it away in a wild goose chase in search of power.